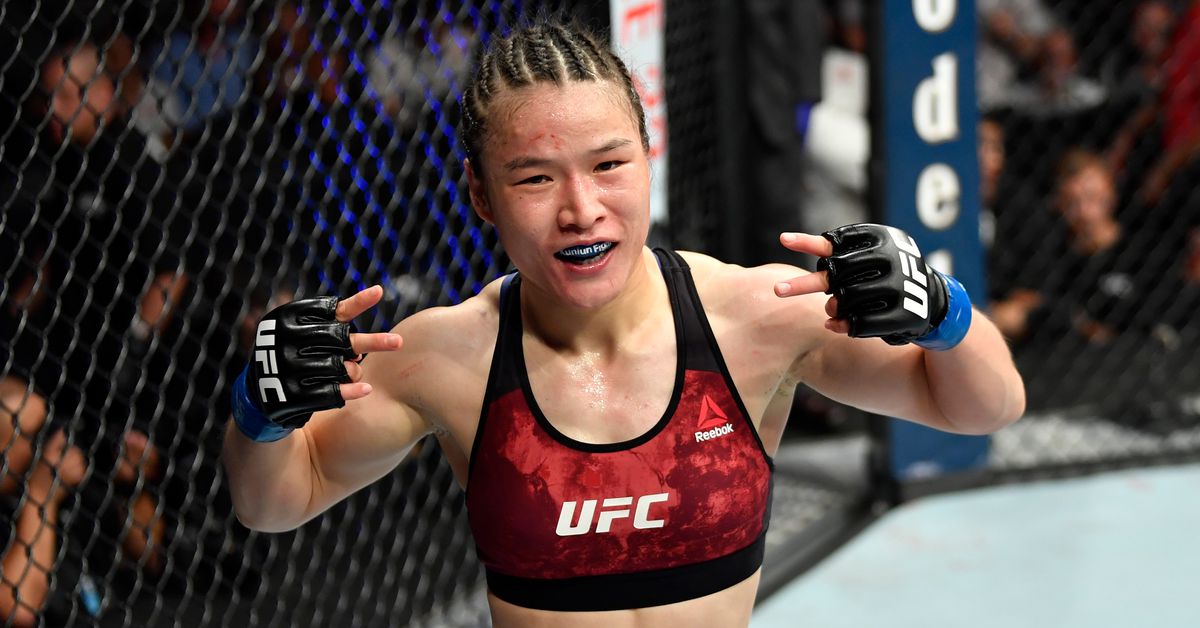 That’s according to a report from MMA Fighting.

Zhang improved to 20-1 by smashing and trashing Jessica Andrade for the 115-pound strap last August. “Magnum” expressed interest in making her first title defense against former champion, Rose Namajunas, but this contract stipulation put an end to those talks.

Sorry, no love for the headline-grabbing “Triple C.”

Jedrzejczyk (16-3) got back into the strawweight title hunt by turning away Michelle Waterson at UFC Fight Night 161 back in October. Despite her win over “Karate Hottie,” Jedrzejczyk remains ranked No. 4 in the division, behind the undefeated Tatiana Suarez (No. 3).