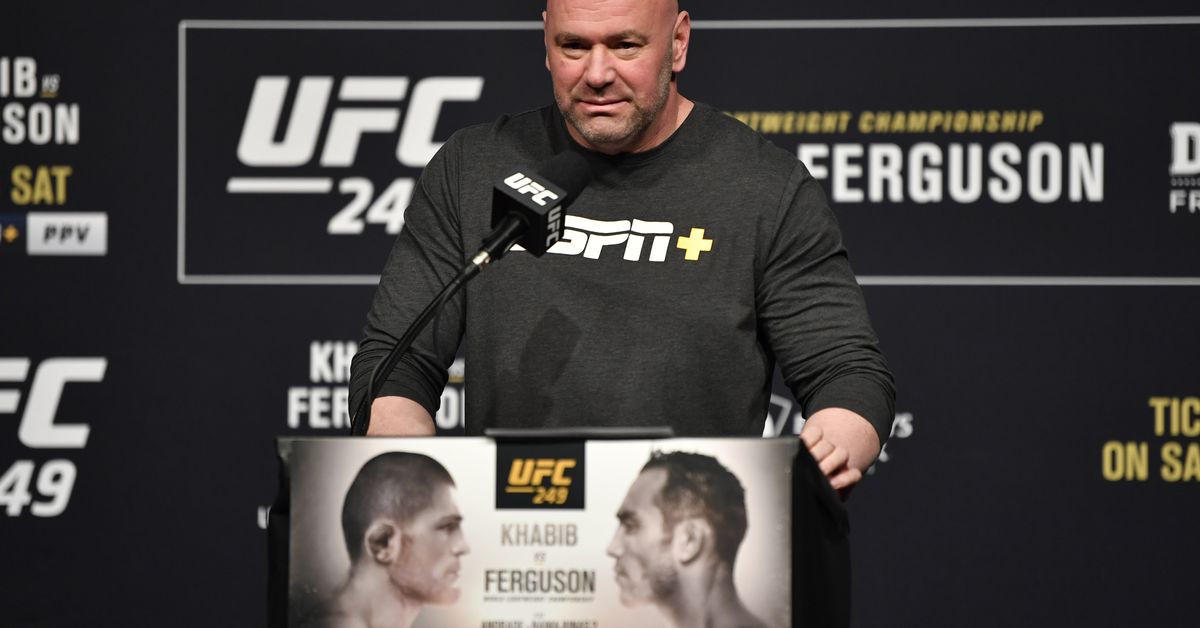 Dana White is convinced that the show will go on.

UFC 249: Khabib vs. Ferguson was originally scheduled to take place in New York at the Barclays Center. It got relocated because, as everyone knows (well, presumably), there’s a pandemic going on. This all prompted White to get angry and emotional.

He says that he has since secured a venue after some more digs at the media, and now we have today’s news.

Dana White just told @bokamotoESPN on his IG live stream that #UFC249 will most likely be a totally new card with a mixture of existing fights and fights moved to it. One of those added to it could be Francis Ngannou vs. Jairzinho Rozenstruik. That’s what they’re working on.

The full fight card remains a mystery, although as he mentioned Francis Ngannou vs. Jairzinho Rozenstruik is a possibility.

What is not a mystery is Dana White’s persistence in seeing this fight card materialize. White himself seems to have given little thought to the machinations of persisting, and there are reasonable questions about medical liabilities, should UFC 249 happen as scheduled, and have a fighter or official test for COVID-19.

After all, a closed event doesn’t mean barren. In addition to the fighters, there will be judges, cornermen, medical personnel, and the usual cast of officials working behind the scenes to ensure that each fight is fought within the confines of the rules and regulations of the sport. As for this “new” card, it’s anyone’s guess. As with everything else with UFC 249, we’ll keep you posted.