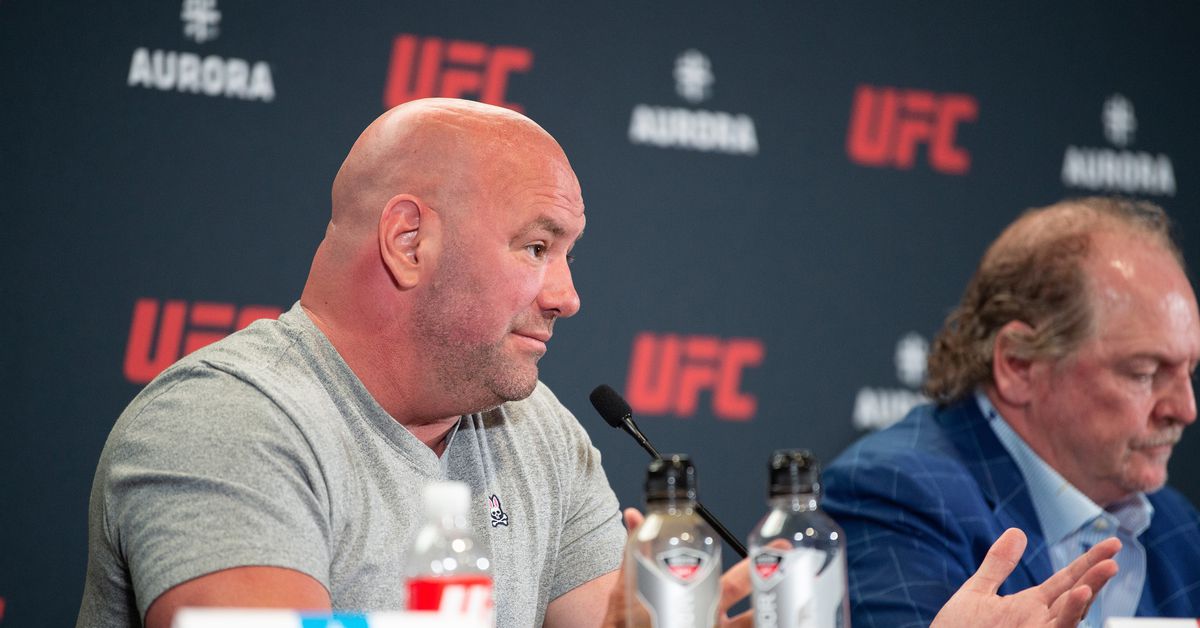 After Nate Diaz’ dominant unanimous decision win over Anthony Pettis at UFC 241, the Stockton local wasted no time in calling out Jorge Masvidal in his post-fight interview at Honda Center in Anaheim, California.

Masvidal, who was watching the action from ringside, took the bait and, in a recent YouTube video, claimed to be in negotiations with Diaz over the highly anticipated welterweight matchup.

“We’re ready for this fight, man. We’re ready,” Masvidal said earlier this week. “We’re just negotiating now, and let’s give the fans a fight that they want to see. Two dogs, locked in the cage, going for the jugular.”

According to UFC president Dana White, however, neither ‘Gamebred’ nor Diaz are currently in negotiations.

“Why, did I say I was doing Diaz and Masvidal on Saturday?” White asked reporters on Tuesday night (via MMA Junkie). “Well … they asked me, and I said, ‘Who doesn’t want to see that fight?’ But no, no progress.”

Obviously, it’s still early doors for both fighters to be in formal arrangements but it makes sense for the UFC to book the fight as soon as possible. Masvidal vs. Diaz is arguably bigger than the UFC’s proposed welterweight title bout between Kamaru Usman and Colby Covington, which is anticipated to take place later this year.

Diaz, 34, is currently one of the most popular fighters on the UFC roster and Masvidal is riding a two-fight KO streak over Darren Till and Ben Askren, KO’ing the latter in record-breaking time (5 seconds) at last month’s UFC 239 PPV in Las Vegas, Nevada.

Expect the UFC to announce Diaz vs. Masvidal in the coming weeks.