St-Pierre made the final defence of his welterweight title against Hendricks at UFC 167. He outpointed the big-punching American in what was one of the most contentious decisions in UFC history.

The Canadian hero was awarded the fight by split-decision with two judges scoring the fight to him after a super-close bout.

Hendricks entered the championship contest on a six-fight win streak which included a victory over Carlos Condit. He executed a brilliant game plan as he frequently tagged ‘GSP’ with punches and elbows and landed a takedown during their five-round war.

He even staggered the champion with a ferocious uppercut in the second round, nearly stopping him. But ‘GSP’ got the judges nod after five grueling rounds.

And in his post-fight interview, he said he would step away from fighting “for a little bit”.

A few weeks after UFC 167, he voluntarily vacated the UFC welterweight title with Hendricks winning the vacant strap against Robbie Lawler.

Hendricks, though, lost the belt in his next fight to Lawler in the rematch. St-Pierre, meanwhile, returned to the sport four years later where he fought Michael Bisping for the UFC middleweight title.

He beat Michael Bisping to claim gold and became a two-weight UFC champion. 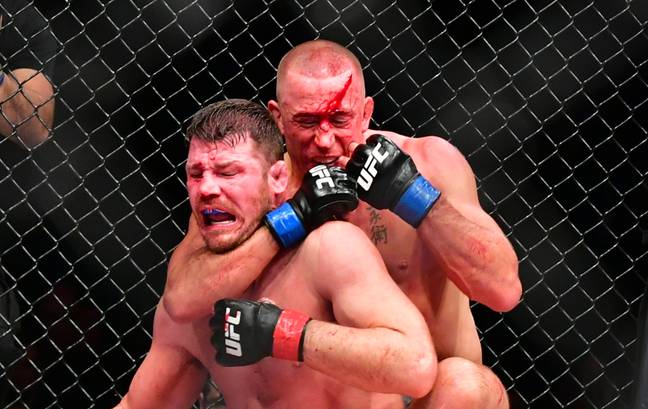 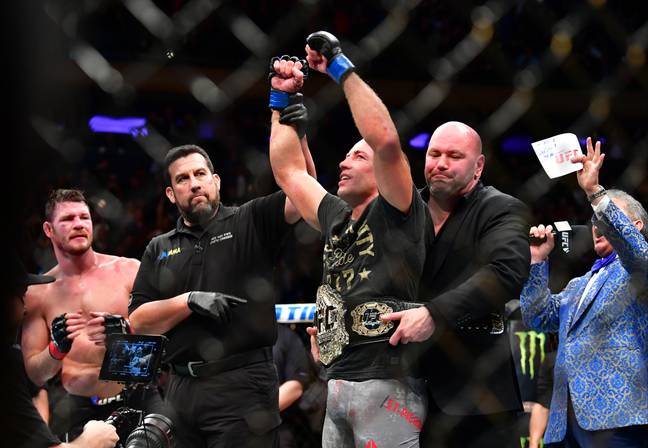