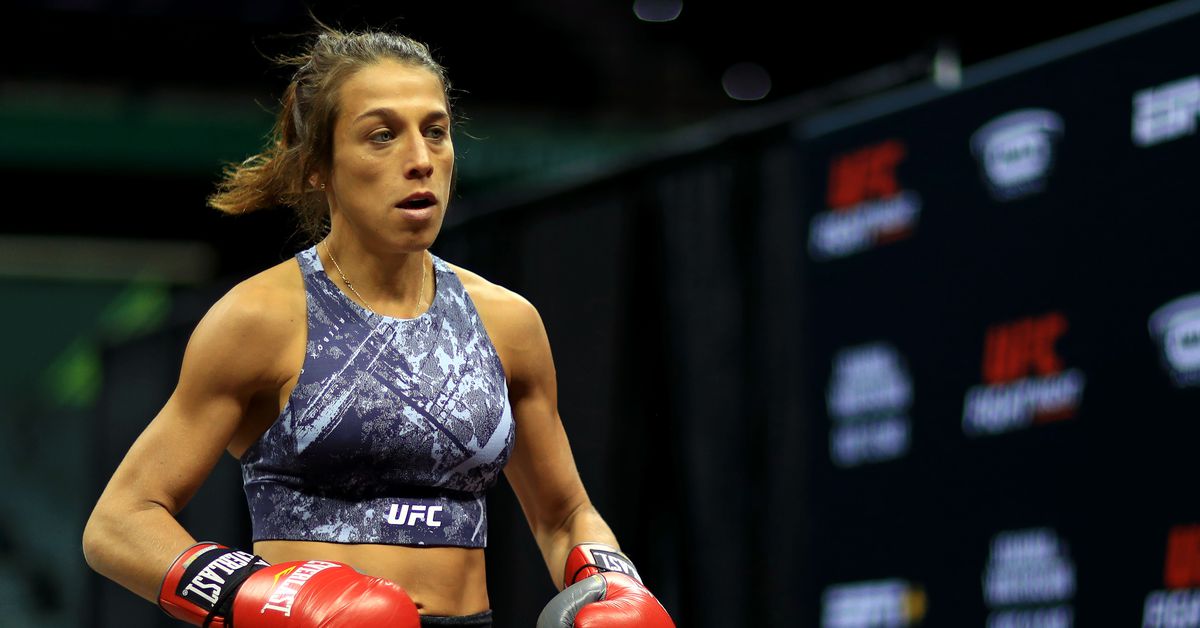 Recent reports stated that Joanna Jedrzejczyk had informed Ultimate Fighting Championship (UFC) officials that she would likely miss the 115-pound weight limit for her scheduled Strawweight fight against Michelle Waterson, set for this Saturday (Oct. 12, 2019) at UFC Fight Night 161 in Tampa, Fl.

A few hours later, though, Joanna went to social media to act surprised at the drama surrounding her, saying that everything would be alright. That prompted Team Waterson to feel that perhaps Joanna was playing mind games, something she’s been known to do in the past.

“You know, any advantage you can get as a fighter you’re gonna try to get,” Waterson told reporters (via MMA Junkie) at open workouts. “And I think that Joanna’s been really good in her career in playing that psychological warfare an getting in her opponent’s head before the fight even starts.”

According to reports, UFC was trying to convince Michelle to take the fight at a catchweight, something she rejected, as she felt Joanna — who is already the bigger fighter — would have even more of an advantage.

“Who knows, maybe she thought she wanted to have her cake and eat it to because of my kindhearted nature.”

Still, despite Joanna missing weight in the past, Waterson was surprised that the possibility of her coming in heavy — or the illusion of it — caught her off guard.

“Very surprised, actually, because of Joanna’s professionalism and this never happening before,” Waterson said. “We knew that she was going to be the bigger girl Joanna’s just always been a bigger 115er but we never in a million years thought that she wouldn’t be make weight, so yeah, it’s disheartening.”

Still, Waterson is doing her best to keep her focus on the task at hand,

“I’m hoping it was just a moment of weakness on Joanna’s part,” Waterson said. “And I’m still hopeful that she pulls through and makes the weight on Friday because both of us have been preparing for this fight fight for quite a while now and I wouldn’t want to disappoint the fans.”

At the end of the day, Waterson says even if Joanna tried (or tries) to play mind games with her, it won’t work. And it’s something Waterson says Joanna is very aware of, since they’ve gotten close over the last year and they both know exactly who they really are.

To see who else is fighting at UFC Fight Night 161: “Joanna vs Waterson” click here.