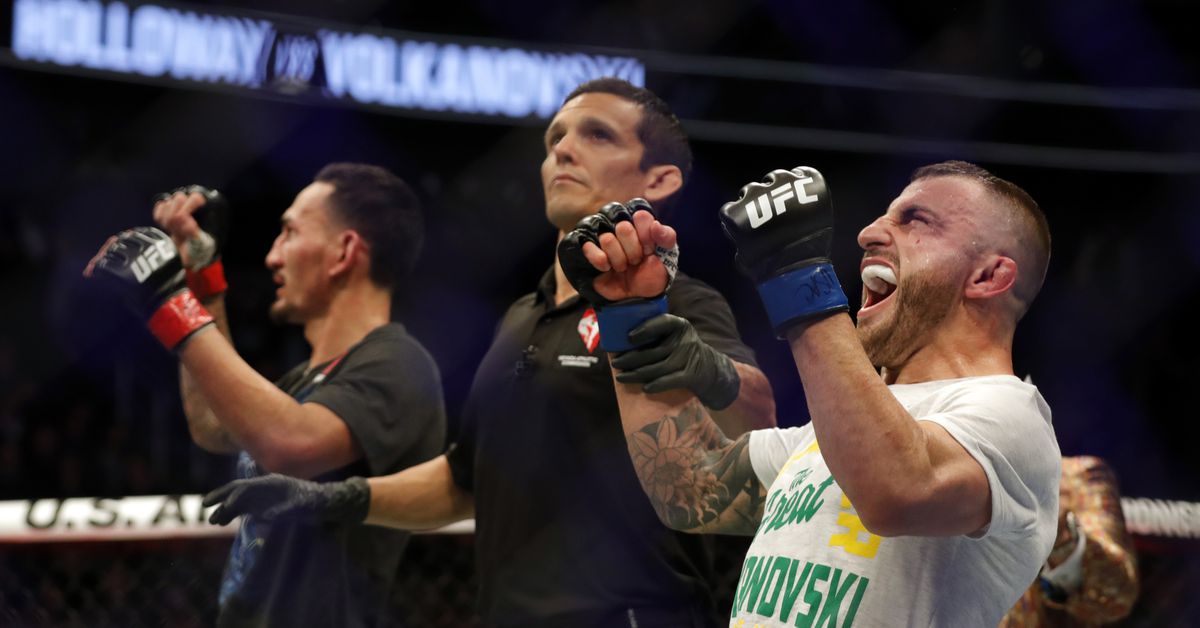 Before he became undisputed UFC featherweight champion, Alexander Volkanovski promised to give Max Holloway an immediate rematch to prove to the world he was the better fighter and to take away any excuses “Blessed” had for losing.

But after five rounds of lopsided action at UFC 245 last month in Las Vegas, “The Great” believes all doubt has been removed and that no one in the mixed martial arts (MMA) community is pining for a championship do-over.

“Straight after, Dana White was mentioning the rematch and even I touched base on it but watching back the tape, the fight wasn’t probably as close as I originally thought,” Volkanovski told MMA Fighting. “I was struggling to give him one round. I mean my coaches are even going to say he deserves that rematch. But they watched the tape and they’re like ‘you can’t just give him a rematch after that.’”

Working against Holloway is the fact that UFC has a pretty impressive featherweight line up littered with deserving contenders, which includes Zabit Magomedsharipov, Chan Sung Jung, and Yair Rodriguez, just to name a few.

And the ex-champ has remained noncommittal.

“Max hasn’t really been talking about the rematch or anything. I don’t know if he wants to fight lightweight. He’s been talking about that for a long time,” Volkanovski said. “Without being rude, I was saying that I would take that belt and I would make that decision easier for you and you could move up. Maybe that’s what he is doing, I don’t know.”