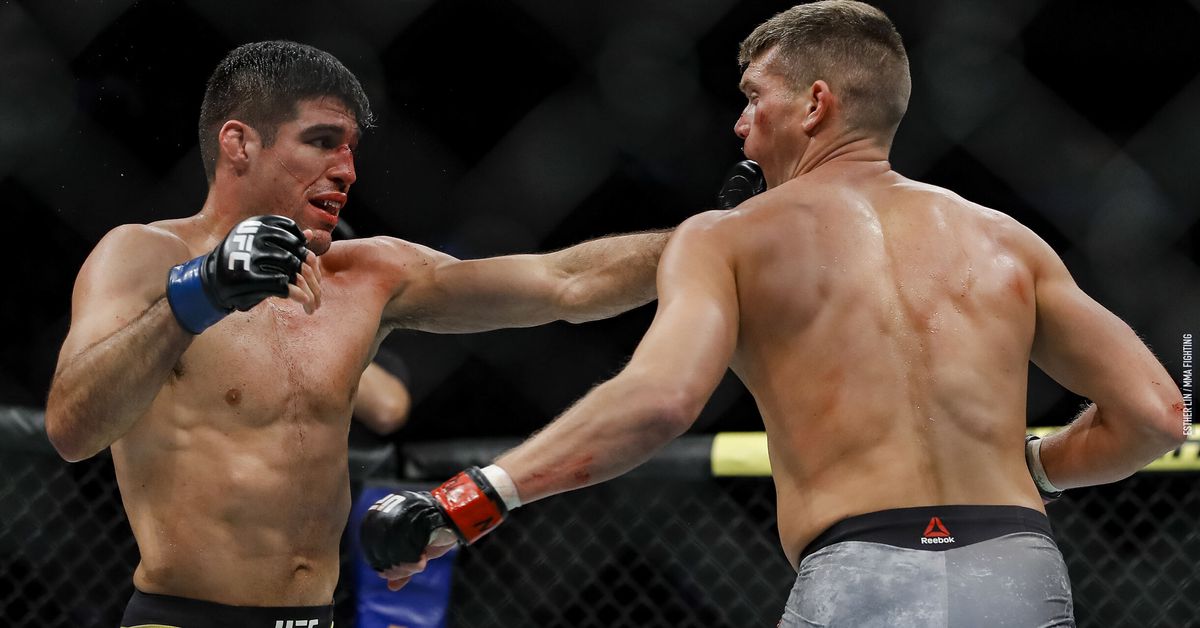 Vicente Luque sees the glass half full after having his six-fight winning streak snapped by Stephen Thompson at UFC 244.

On what went wrong in the biggest fight of his MMA career, Luque said he was a little too eager to get a highlight-reel finish.

“I think it was a good fight for the fans, I went there and gave my all,” he said. “I had a good first round, (and) I was able to follow the strategy. But then I feel like I went off the gameplan a little bit and was just trying to knock him out, and that’s when I started having trouble in the fight and Thompson started dominating. I have a few details to fix so I can grow and evolve with this fight.”

Frustrated with his first loss in over two years, Luque will take some time off from competition to evolve as an athlete. After a brutal schedule that included five fights over 13 months and wins over Mike Perry and Bryan Barberena, the Brazilian welterweight doesn’t plan on fighting again until around June 2020.

“I have to take some time off to rest, some time with no training at all,” Luque said. “I had an intense year with a lot of training camps and weight cuts. I have to work on evolution when I get back to training, and evolution takes time. If I get one fight after the other, I won’t evolve, and maybe I’ll come back as the same Vicente that fought (at UFC 244). That Vicente can beat some fighters, but clearly gave openings to a top guy like Thompson.

“I want to be ready to fight someone like him when I come back, so I think I have to take some time off now to evolve and work on the mistakes I had. I had four fights this year, so I basically was in camp whole year. I had no time to evolve – just focus on my opponent and my weight cut. I think now is the time to work on that.

“It was a good year despite the loss in the end. I had three ‘Fight of the Night’ fights and was able to show how good I am, which is something positive. I had this loss against a great opponent, so I think I’ll learn a lot from it.”