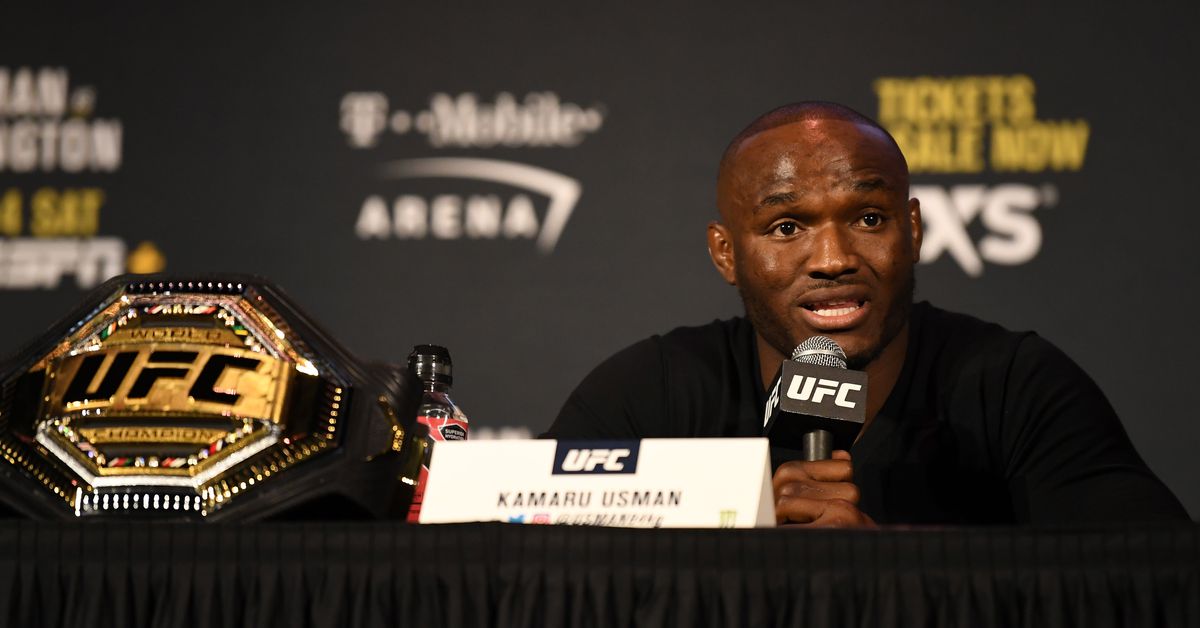 Despite riding a three-fight win streak, breaking the record for the fastest KO in UFC history (5 seconds) and battering Nate Diaz to a pulp to capture the UFC’s one-off ‘BMF’ title, Kamaru Usman isn’t quite sold on Jorge Masvidal.

Speaking to MMA Fighting in a recent interview, ‘The Nigerian Nightmare’ explained why he thinks ‘Gamebred’ is all hype and hasn’t evolved since losing to Stephen ‘Wonderboy’ Thompson and Demian Maia in back-to-back fights back in 2017.

“I wouldn’t say [I’ve been] impressed,” Usman said of Masvidal’s recent success. “Because it’s Masvidal, nothing’s changed. He’s the same guy. He’s fought the same way forever. It’s just the luck of the draw. He’s getting that luck of the draw. Let’s be honest, Darren Till dropped him in the first round of their fight, and let’s say if he didn’t land that punch [in the second round], how does that fight play out? Had he not landed that knee [against Ben Askren]—and I’m not going to say it’s lucky because he drilled that—how does that fight play out? There’s a lot of questions to be answered.”

“I’ve yet to see him fight a full-on welterweight from start to finish and completely dominate them,” Usman added. “Then at that point I can say this is a different guy. But I think right now he’s riding the wave, and he’s got the luck of the draw on his side.

“Ultimately, you can’t knock anything that he’s done. I think he’s done a phenomenal job with the opportunity he’s been presented with and he’s ran away with it. I’m happy for him on that end.”

Masvidal may be all hype, according to Usman, but the 32-year-old is still very much interested in defending his welterweight title against the ex-street fighter.

“He’s got a lot of hype right now, and he’s been in this sport for a long, long time,” he said. “But at the end of the day, does it really matter that you have all that hype if you never get to the pinnacle of the sport? I like the fact that that he has all this hype. It brings a lot of eyes. So if he does make it to me and that fight is made, I would actually be very, very interested in that.”

Before there’s any talk of a title bout with Masvidal, however, Usman must first defend his welterweight strap against top-ranked contender and former interim champ Colby Covington. Usman and Covington will headline the upcoming UFC 245 pay-per-view on Dec. 14 at T-Mobile Arena in Las Vegas.