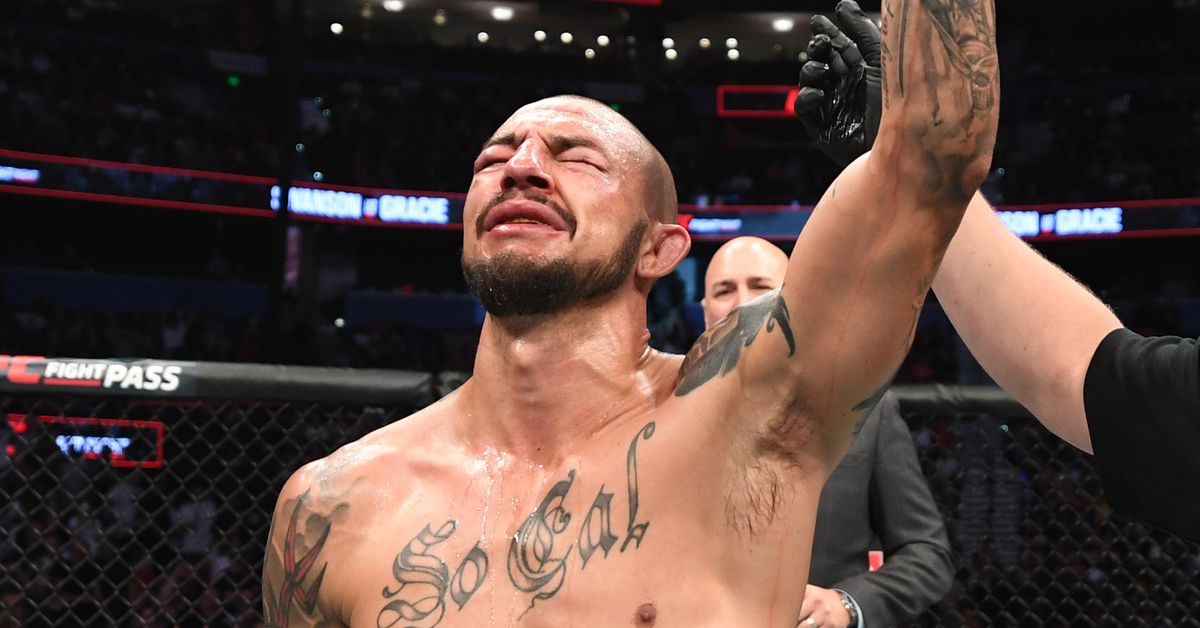 Cub Swanson and Kron Gracie engaged in predominantly standup fighting across three rounds in the UFC Tampa co-main event. Swanson was successful at using his footwork to stick and move, and assaulted Gracie with a varied attack to both the body and head. Despite getting outclassed on the feet, Kron continued to move forward and throw his own punches, but they weren’t nearly as substantial as those launched by Cub. By the end of 15-minutes, both men were bloodied up, with neither man backing. It was the volume of Swanson that allowed him to runaway with the scorecards, breaking up a four-fight slump.

Check out Tim Burke’s play-by-play from the second round of Cub Swanson Kron Gracie:

Round 2 – Swanson with a right and a low leg kick. Gracie reaching with punches. Swanson with a right again. Nice counter. Swanson rips the body with a three-punch combo. Kron finally holds Swanson against the fence – for about three seconds. Kron tries to jump guard but he didn’t have a hold of Swanson. Another huge body shot. And another. Swanson slips on a kick but Gracie couldn’t take advantage. Gracie grabs Cub and pulls guard again, but Swanson pulls away. Hard straight right from Swanson. They both throw in the clinch. Another body shot. Gracie puts together a combo. Swanson looks like he might be tiring a bit. Swanson with some huge shots inside the clunch though. Leg kick. Right hook from Cub. More clinch work but Gracie isn’t looking for takedowns. 10-9 Swanson.