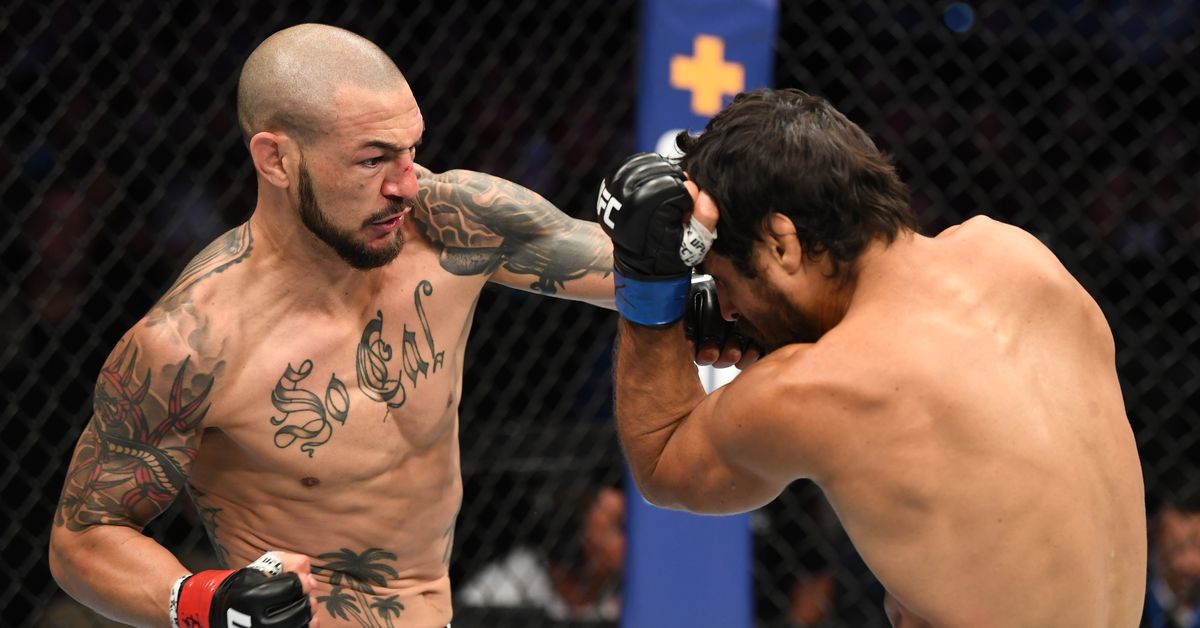 The UFC Tampa co-main event saw a bit of a bloody standup affair between seasoned UFC veteran Cub Swanson and BJJ ace Kron Gracie. Gracie failed to get the fight to the floor, and Swanson ran away with the striking. After three rounds, Swanson was awarded the unanimous decision to snap a four-fight losing skid. This was also the very first pro MMA loss of Gracie’s career.

Gracie pressured forward to kick off the fight, forcing Swanson to fight off of his back foot. Swanson was countering effectively, landing a variety of strikes without getting hit a lot himself. Gracie struggled to land effective strikes with any consistency. Swanson kept sticking and moving in the second act. He was ripping the body with some vicious hooks, and Kron just had to take it. Gracie tried pulling guard a couple of times but Cub was keen enough to not allow it to go down. Gracie kept pressing forward, and was throwing back, but not with the same sort of frequency as Cub.

The striking of Swanson stayed effective into the final round. Gracie had all of the pressure, but the footwork of Swanson forced this fight to stay on its feet. Kron tried to pull guard a couple of times and threw an upkick upon the break. Cub’s output started to dwindle a bit, but he was still swinging. Gracie was throwing too, just not with the same sort of polish. Gracie finally locked up the full guard inside of the final minute of the round, but Swanson stood back up without issue.