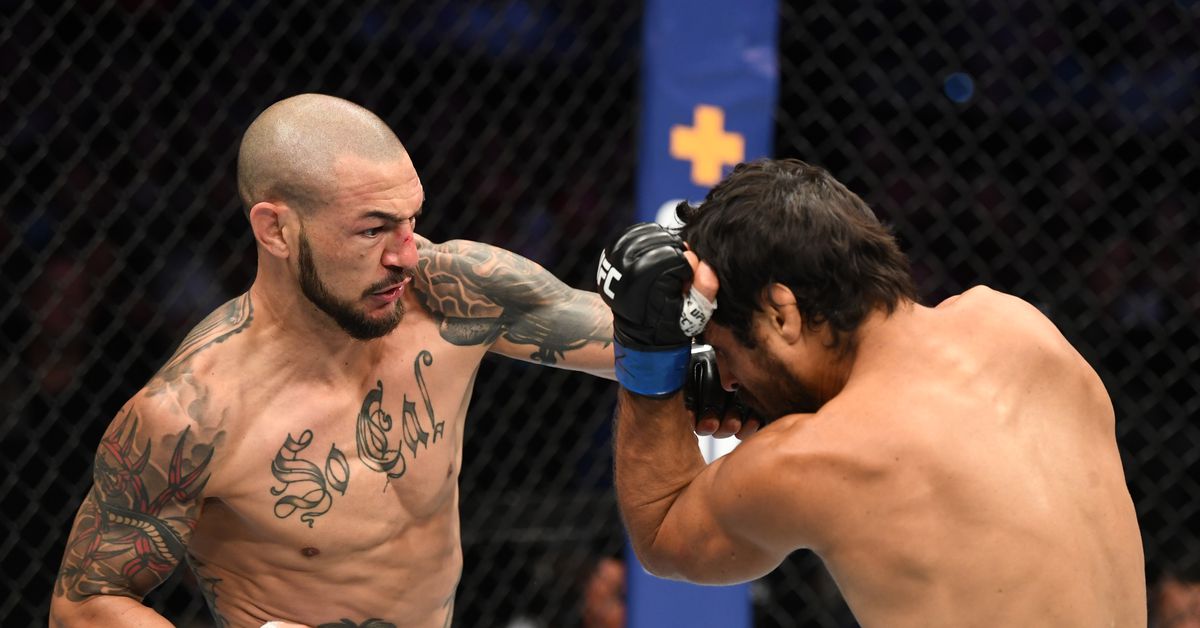 Following four straight losses, Cub Swanson was in need of a statement win and that’s exactly what he delivered over three rounds against previously undefeated grappling specialist Kron Gracie.

Mixing together a striking attack that saw him batter Gracie to the head and body over and over again across 15 minutes, Swanson got the nod by unanimous decision with the scorecards all reading 30-27 in his favor.

“It takes two to put on a great fight. My hat’s off to him,” Swanson said when addressing Gracie after his victory. “I’ve got so much respect for the Gracie family and all they did for the sport.”

There was a clear difference in the levels of striking on the feet with Swanson showing quick footwork and then punishing Gracie with his combinations. Swanson rattled Gracie’s midsection with a nasty body kick halfway through the opening round and then going back up top with a right hand that was finding a home repeatedly.

It seemed every time Gracie stepped forward, Swanson easily side stepped him and then picked his shots when returning fire.

Not only was Swanson getting the better of the exchanges but the former WEC featherweight was battering Gracie to the head and body as he avoided any grappling exchanges with the noted Brazilian jiu-jitsu practitioner.

While Gracie showed off incredible durability, he couldn’t find any kind of opening to bring Swanson into his world on the ground even when opted to pull guard on a pair of failed attempts in the second round.

As much as Gracie tried to stand and trade with Swanson on the feet just trying to work his way to a takedown, he got the worst of almost every exchange.

Even when he got a little too close to the multi-time grappling champion, Swanson was still beating him up with a barrage of uppercuts to the body and then going back up to the head. With seconds remaining, Swanson left it all in the cage as he continued to pour on the offense to seal the deal on a unanimous decision victory.

It was a much needed win for Swanson, who got choked up when trying to address the importance of this fight after the longest losing streak of his entire career. As for Gracie, he took a decided step up in competition for his second UFC fight and paid for it with the first loss of his professional career.