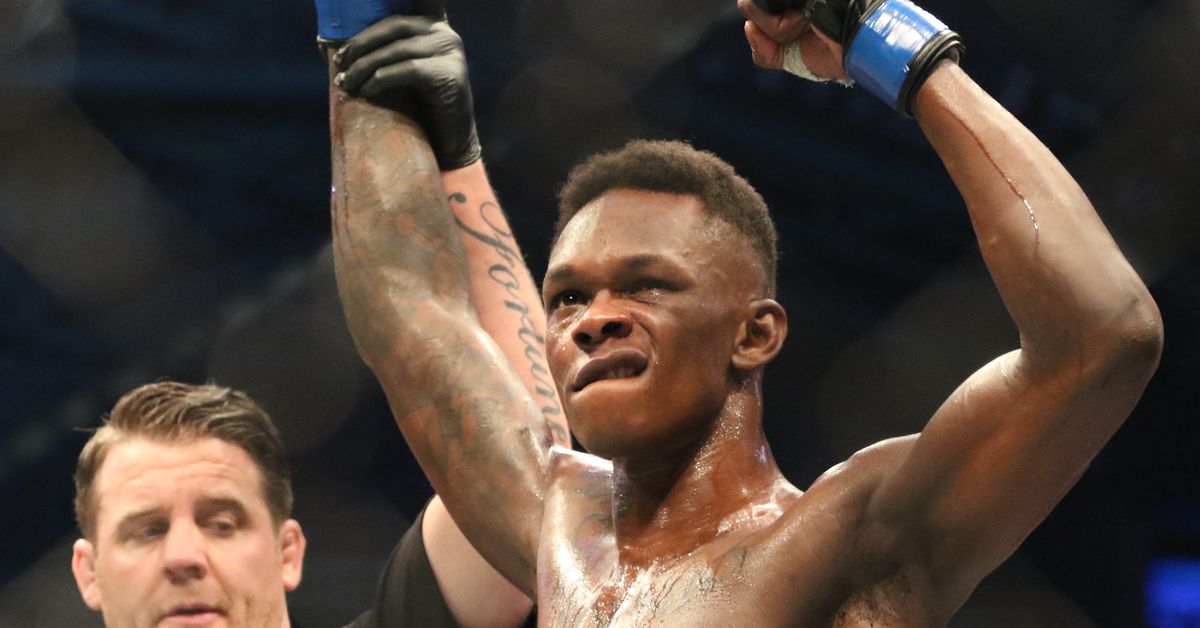 UFC 243 certainly mixed up the rankings this week, but so did a big departure in the heavyweight division.

First off, Israel Adesanya’s stoppage win over Robert Whittaker rocketed the new unified 185-pound champ up the P4P standings and sent Whittaker tumbling. And Dan Hooker’s emphatic win over Al Iaquinta made him an immediate contender at lightweight. Those were the biggest outcomes in Melbourne.

But did you watch Smackdown this week? IT’S CAIN! IT’S CAIN! Former UFC heavyweight champ Cain Velasquez made his debut with the WWE, coming out to tackle and beat up former fellow champ (and current WWE Universal champ) Brock Lesnar. Velasquez confirmed that he’s out of the USADA testing pool as well, and the UFC wasted no time taking him out of their rankings.

Here’s a look at all the changes this week.

P4P – Adesanya’s title win moved him up six big spots to eight. Kamaru Usman fell one to nine. Whittaker is down five to 14, and probably on his way out.

Heavyweight – With Cain out, a few people moved up. Blagoy Ivanov and Shamil Abdurakhimov are up one each to eight and nine. Augusto Sakai and Aleksei Oleinik are also up one each, to 11 and 12. Maurice Greene is up two to 13. Sergei Pavlovich makes his rankings debut at 14. Marcin Tybura is back in at 15.

Middleweight – The Last Stylebender is the champ. Bobby Knuckles is the number one contender.

Welterweight – Stephen Thompson and Darren Till flip-flopped the eight and nine spots as Till makes the move to 185. Gilbert Burns is in at 15.

Lightweight – Lots of changes. Paul Felder is up one to six. Hooker is up eight huge spots to seven. Iaquinta drops two to eight. Kevin Lee drops two to ten. Anthony Pettis drops two to 12. Charles Oliveira, Alexander Hernandez, and Islam Makhachev all drop one spot each to 13 through 15 respectively.

Bantamweight – Jimmie Rivera drops from six to a tie for seven with Dominick Cruz.

Flyweight – Askar Askarov and Ryan Benoit flip-flopped the 13 and 14 spots.