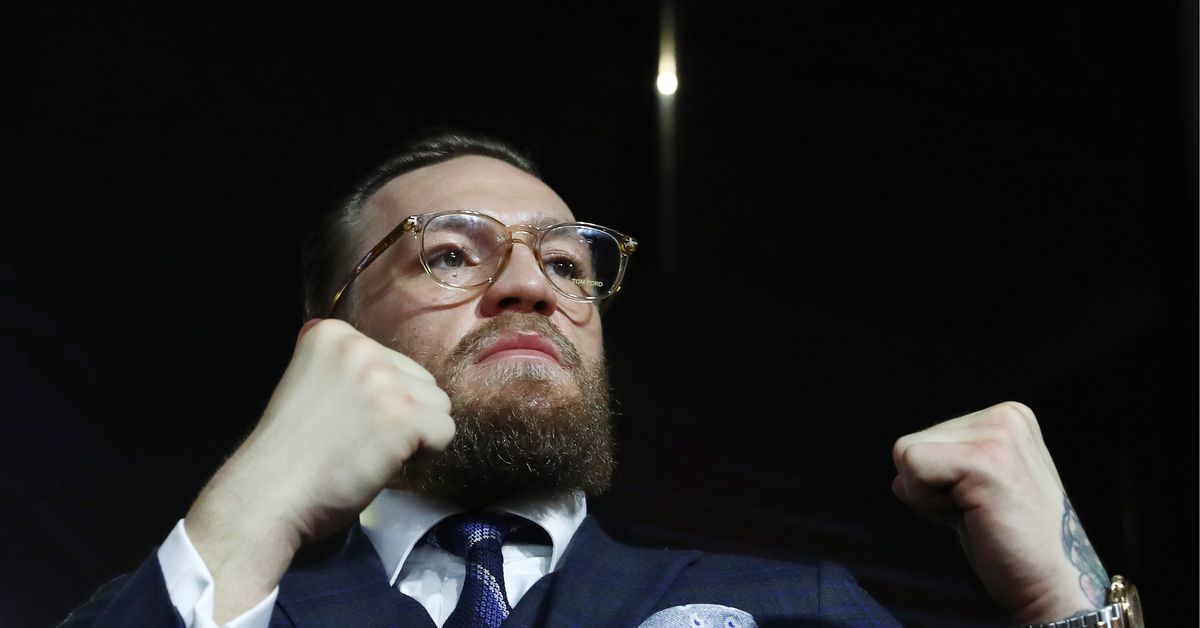 The UFC is finally back from holiday vacation and about to kick off the new year with two PPV shows in three weeks with three sure-fire future hall of famers in the four headliner spots.

This week, “The Notorious”Conor McGregor returns from his 2018 Kha-beating to face the man, the myth, the legend Donald “Cowboy” Cerrone, a fighter with almost as many rounds in Zuffa cages (96) as McGregor has minutes (99).

And they both know how to put on one hell of a show. McGregor is, well, McGregor. And with 23 fight night bonuses in his Zuffa tenure, Cowboy has an extra paycheck for almost every one of McGregor’s documented rounds (24).

Remember, what you’re about to read are not official UFC statistics. They’re alternative stats generated from official statistics designed to (1) give more weight to the recent present than the distant past and (2) not let one huge or horrible performance dominate the data.

See the notes at the bottom for definitions of certain statistics and check out an earlier piece for an explanation of how this works.

On the off chance you haven’t been living in an MMA sphere of influence over the last 10 years or so, each of these guys likes to spend significant time in open space throwing down at distance. And while Cerrone’s shown more of a willingness to fight in any position in his career, his lifetime and alternative stats set off some alarms when it comes to the ground.

Over his lifetime, Cerrone spends 55 seconds of every five minutes on the ground, controlling his opponent 56% of the time. When alternative stats weight towards more recent bouts, Cerrone’s time spent on the ground drops to 20 seconds but increases in control to 75% of the time.

A good stat for McGregor is that even though Cerrone’s hardly ever been swept from top position – and McGregor isn’t likely to change that – opponents have always stood up well against Cowboy and have done even better more recently. In his lifetime stats, opponents get back to their feet 38% better than average against Cerrone. With alternative stats, it increases to 239%.

McGregor’s current standup rate isn’t too hot after Khabib allowed him to his feet only once in almost 9 ½ minutes of ground control, but before that bout McGregor was a perfectly average fighter in the standup department.

Where McGregor’s nowhere near average is distance fighting. He throws head jabs at a lower rate than Cerrone (per five minutes in the position, P5M), yet lands just as much as Cowboy (4.9 head jabs landed P5M) due to his superior accuracy. And when it comes to power strikes, McGregor has volume, accuracy, and stopping force in his favor.

At distance, McGregor tends to throw around 50% more power volume than Cerrone with 62.1 power attempts P5M to Cowboy’s 39.5. While both fighters mix in body and leg strikes well, most of McGregor’s power advantage comes from bombs to the head where he throws 50.3 attempts to Cerrone’s 29.4 and lands at 51% to 34%.

When factoring opponent striking and the defensive end, McGregor’s power strike differential at distance comes in at a still-significant +15.0, even after the Khabib fight, while Cerrone is slightly positive over his lifetime but -4.4 in the alternative stats world. Part of the reason is that Cerrone’s head power defense seems to have suffered lately, a stat which might not bode well against a sniper of McGregor’s caliber. Over his lifetime, Cerrone’s absorbed 33% of power strikes to his skull. In alternative stats, it’s even higher at 43%.

Yet anyone who knows Cerrone knows he’s still extremely dangerous, even if the fight ends up a kickboxing affair in smaller gloves. At 36 years old, Cowboy drops opponents to the canvas in 22.6% of his rounds, well above the 9.4% welterweight average (yet far behind McGregor’s 37.7%). But on the flip side, at 14.1% of his rounds, Cerrone also gets dropped more than the average welterweight. McGregor, on the other hand, is still yet to be knocked down in the UFC as Khabib’s fake takedown to overhand right didn’t quite make the cut in FightMetric’s determination.

If Cerrone can move the fight to the clinch – a position where he spends 60% of the time off the cage where no one has control – he throws 67% more power strikes to the head and body than a typical welterweight and has also gone a solid 7-for-11 on takedown attempts.

If Cerrone can get things to the ground, he has control 75% of the time and throws 53.6 power shots P5M, almost exclusively to the head, whereas a typical welterweight only throws 22.2. And while he hasn’t attempted as many lately, Cerrone still throws up subs at a rate 61% greater than the welterweight average and finishes over 50% once the weight of his nine failed attempts versus Ben Henderson over 10 years ago at WEC 43 has been diminished.

While cardio’s hard to measure, those around this game know it doesn’t seem to be McGregor’s weapon of choice and there are stats to bear it out. Between rounds 1 and 2, Cerrone’s rate of distance power attempts increases 2.2% while McGregor tends to improve by 9.8%. But when that same comparison moves to rounds 2 and 4, Cerrone’s volume rate basically stays flat while McGregor drops off by -18.9%. And when you’re tired, the effectiveness of whatever shots you do land also tends to suffer.

Can’t wait to see this one in action. It should be fun! Whether it’s a quick finish or an extended affair, either way, here’s hoping for some fireworks.

Predictions can be made for five of the 13 scheduled bouts. Be sure to return to Bloody Elbow on Saturday for precise win probabilities and possible bets before UFC 246 starts.

Statistical Notes: A bout closeness measure towards zero means a fighter tends to be in blowouts (win or lose) and towards 100 means they tend to be in very close fights. Strike attempts are per an entire five minute round in each position (P5M) and are categorized as jab or power. A jab is just a non-power strike. Strikes are documented based on where they land or are targeted (head, body, legs), not the type that is thrown (punch, elbow, kick, knee). Visible damage rate is per five minutes the fighter is not on his back. It’s hard to bust up someone’s face while lying on your back. Damage percentage is per power head strike and distance head jab landed. Knockdown rate is per five minutes at distance or in the clinch off the cage. Knockdown percentage is per power head strike landed while standing. It’s really hard to knock someone down if they’re already on the ground. Knockdown/Damage round percentage is the percentage of rounds with at least one knockdown or busted up face, respectively. Clinch control is having the opponent pressed against the cage. Ground control is having top position or the opponent’s back. Submission attempts are per five minutes of ground control minus time spent in the opponent’s guard plus time spent with the opponent in guard.

Paul writes about MMA analytics and officiating at Bloody Elbow and MMA business at Forbes. He’s also an ABC-certified referee and judge. Follow him @MMAanalytics. Fight data provided by FightMetric.