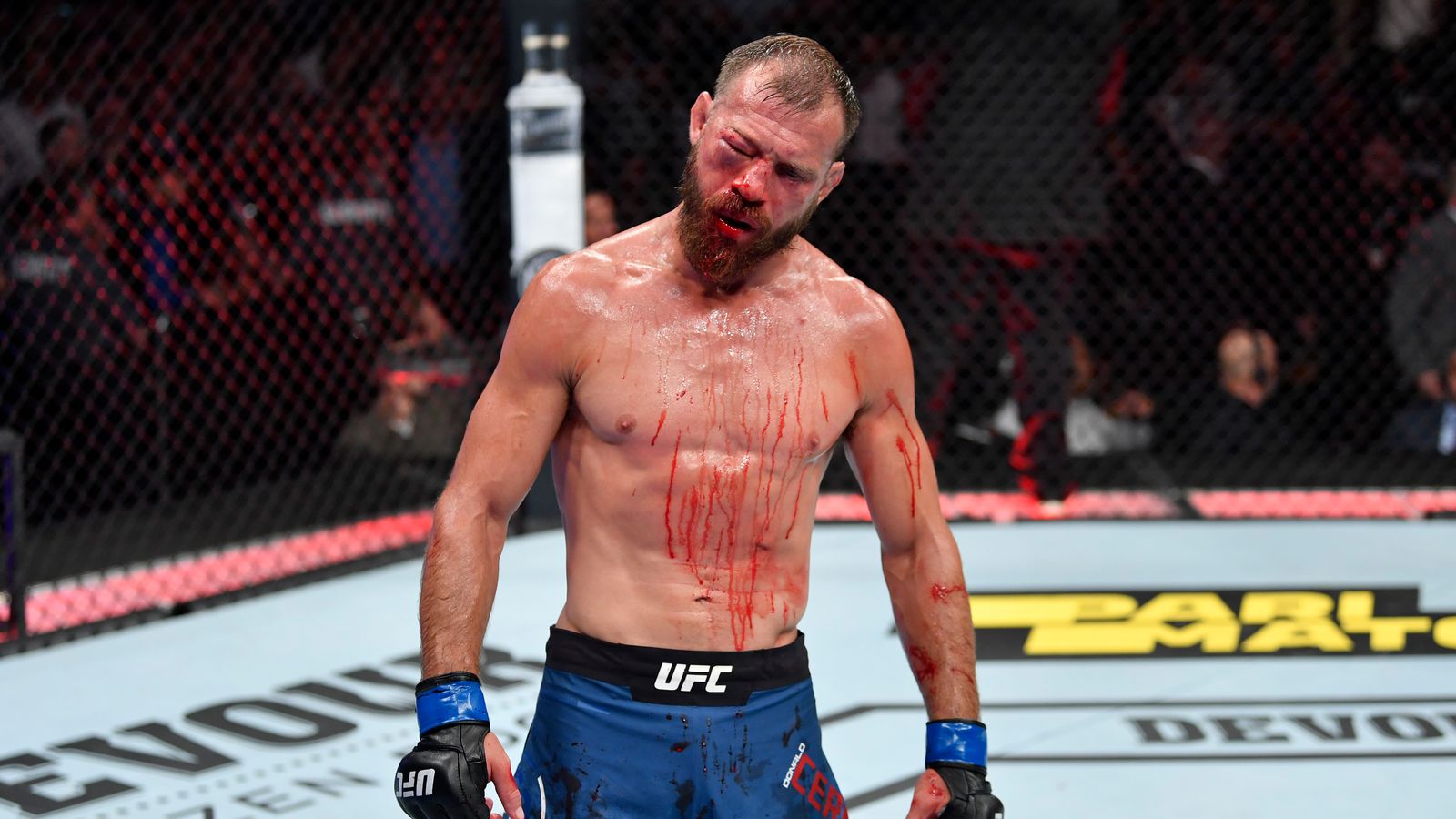 The talk around the water cooler is that Donald Cerrone’s best bet to beat Conor McGregor in the UFC 246 welterweight main event this Sat. night (Jan. 18, 2020) in Las Vegas is to wrestle “Notorious” to the ground and test his jiu-jitsu skills.

That’s because all four of McGregor’s losses have come by way of submission.

But “Cowboy” is a striker at heart, and if he wants to avoid all the chatter and play his own game, then that’s exactly what he’s going to do.

“You know, I probably should, but I don’t think I will,” Cerrone told ESPN about implementing the ground game. “I like to fight too, I like to get in there and throw down. Everyone says his standup is amazing, so why not go and test it?”

“Everyone says, ‘you want to just stand there and you’re going to get knocked out, that’s a stupid game, that’s a stupid decision.’ But it’s my decision, it’s my stupidity. Who the fuck are you to tell me what I can do?”

“Maybe Conor will shoot on me.”

That said, Cerrone knows McGregor hasn’t ignored the ground game (despite what this video shows) and believes the crafty Irishman has been polishing up his wrestling skills ahead of their 170-pound fight, scheduled for five grueling rounds.

“You’d be a fucking fool to think I’m sitting here saying all Conor has is a right hand and that’s all we need to worry about,” Cerrone said. “You stupid motherfuckers. Do I play? Sure. But man we put hours in the gym. But it’s my decision and I’m going to do what I want to do. So yeah, I am going to fucking stand and I am going to play.”

First one to shoot may be a “Cowbitch” after all.

Remember that MMAmania.com will deliver LIVE round-by-round, blow-by-blow coverage of the entire UFC 246 fight card on Sat. (Jan. 18, 2020) RIGHT HERE, starting with the Fight Pass/ESPN+ “Prelims” matches online, which are scheduled to begin at 6 p.m. ET, then the remaining undercard balance on ESPN at 8 p.m. ET, before the PPV main card start time at 10 p.m. ET on ESPN+.

To check out the latest and greatest “McGregor vs. Cerrone” news and notes be sure to hit up our comprehensive event archive right here. For the entire UFC 246 fight card and PPV line up click here.