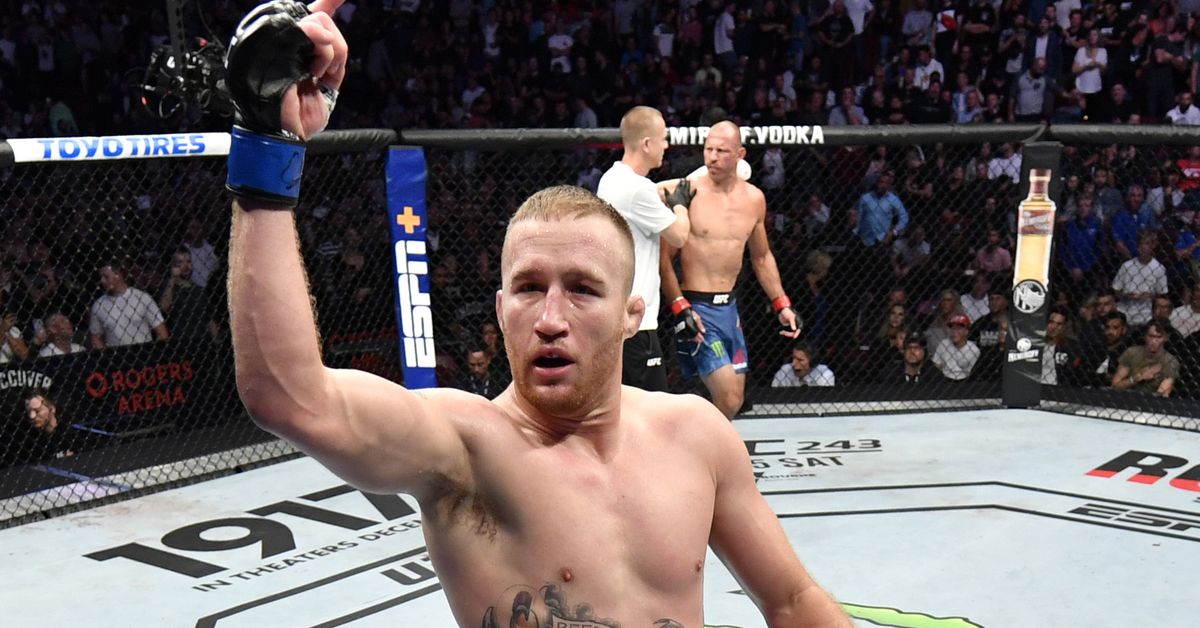 Reigning UFC lightweight champion Khabib Nurmagomedov has steamrolled just about everyone in his path, including former interim titleholder and top contender Dustin Poirier.

Khabib’s dominance in what is widely considered the most talent-stacked division in the UFC begs the question: Does anyone have what it takes to dethrone ‘The Eagle?’

Responding to a fan on Twitter, Poirier, who was submitted by Nurmagomedov at UFC 242, said top-five contender Justin Gaethje has the best chance of beating the undefeated Dagestani.

Poirier holds a technical knockout victory over Gaethje from 2018, when he beat ‘The Highlight’ in a Fight of the Night classic in the UFC on FOX 29 main event last April.

“I think Gaethje does,” Poirier replied on Saturday.

Gaethje, the former WSOF lightweight champion, is on a three-fight KO streak against James Vick, Edson Barboza and Donald Cerrone, winning all three fights via first-round stoppage. Although Gaethje has a background in amateur wrestling, the NCAA Division 1 standout is known in MMA for his knockout power and balls to the wall, ‘stand-and-bang’ fighting style.

Speaking on a recent episode of Believe You Me, Gaethje told co-host Michael Bisping that the only way to Khabib is through Conor McGregor.