Japan has a storied tradition of hosting big fights on new year’s eve, and as 2019 comes to a close, Bellator and Rizin will be working together to put on a two-day event. Bellator: Japan will happen on December 29, and Rizin.20 will happen two days later on December 31.

Both events will be hosted at the Saitama Super Arena, with some of the biggest names from the two promotions will be involved. They have also released the official poster for the NYE dual-header, and I have to say, it is pretty damn good. 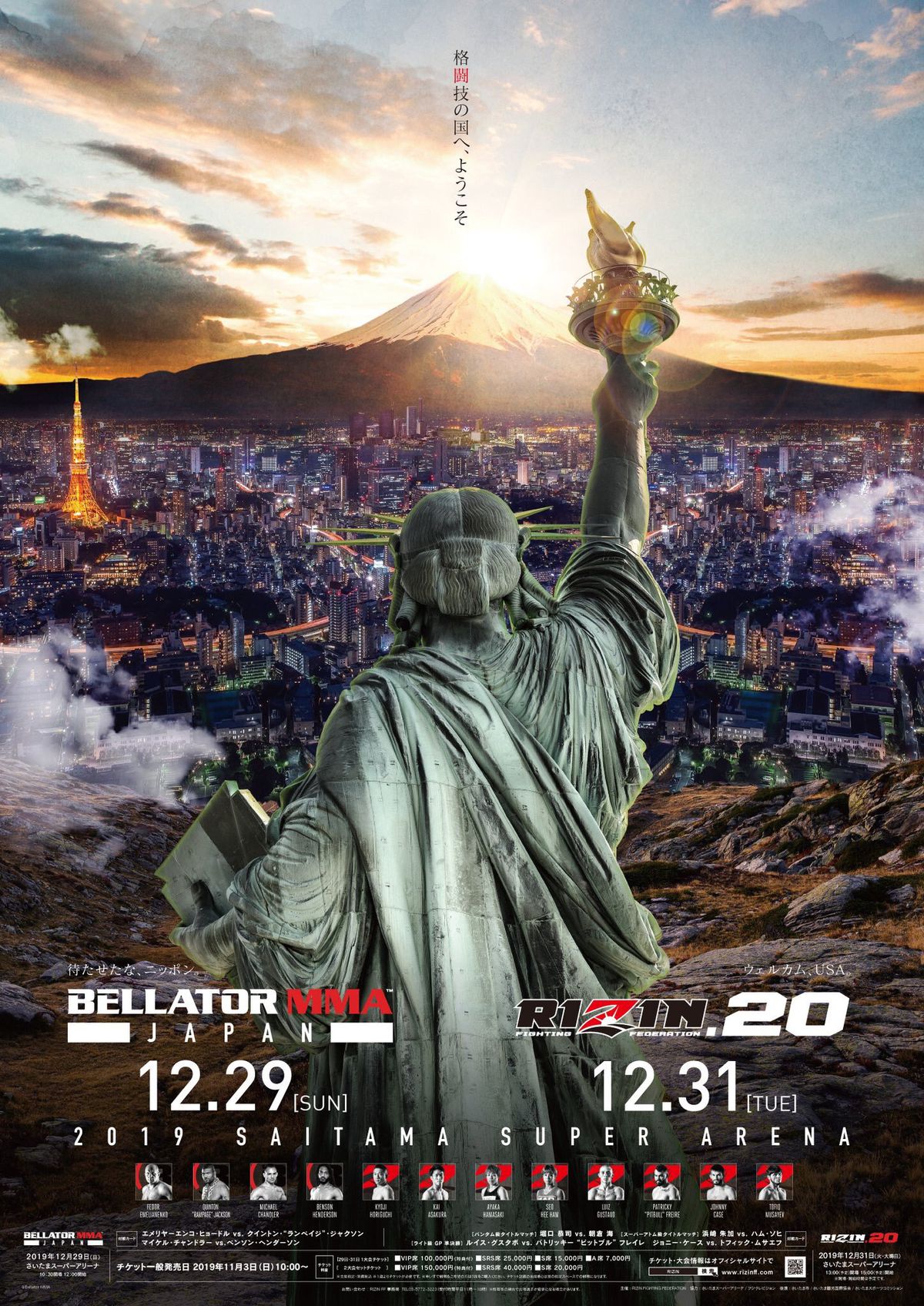 Check out the promo for the double-header: