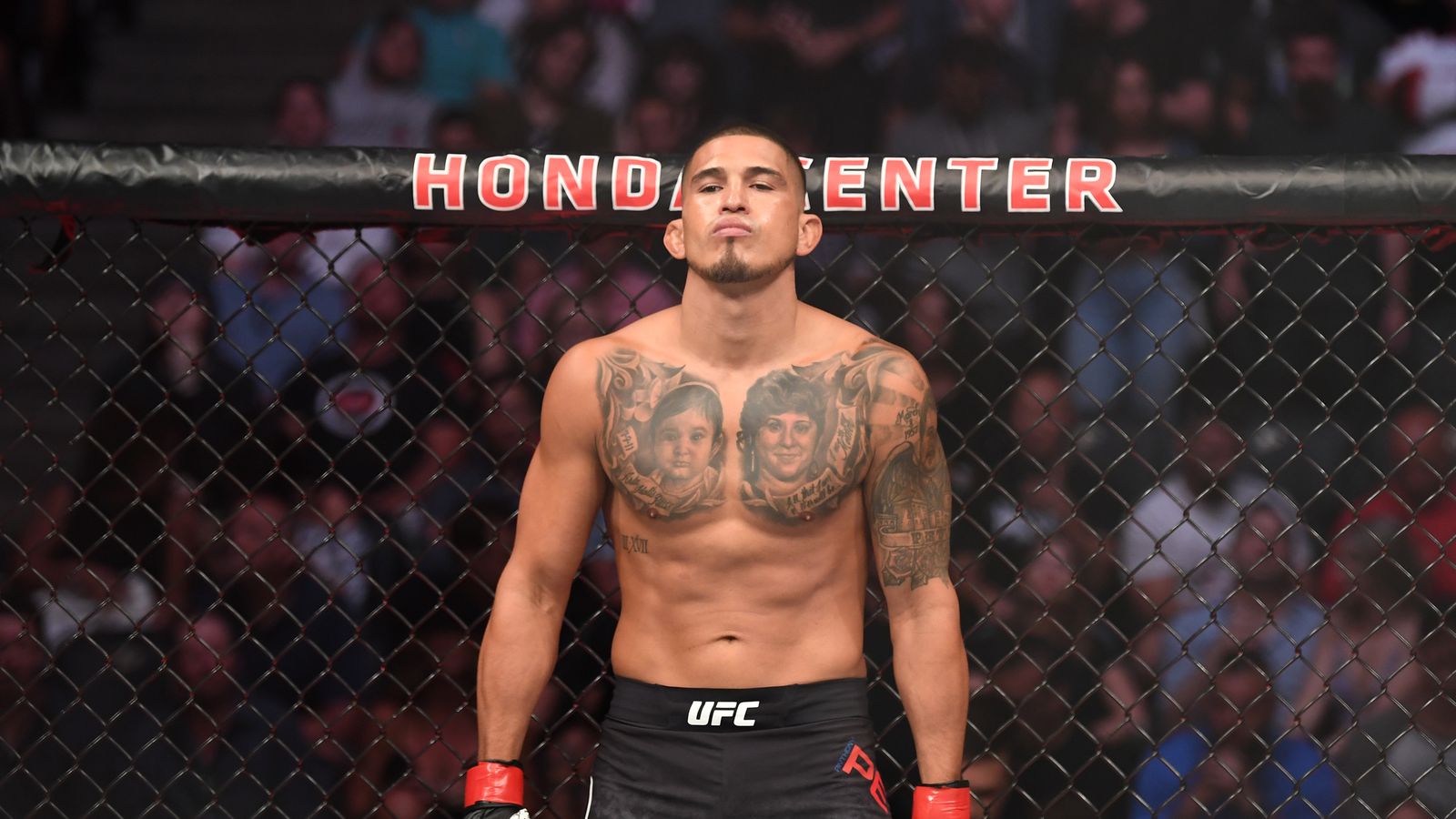 At UFC 241 last August, Anthony Pettis suffered a busted orbital and a broken right foot in his loss to Nate Diaz (video). But those weren’t the only injuries “Showtime” suffered that night in Anaheim, California.

According to Pettis, an hour before he was set to make the walk down the cage to welcome Diaz back after his near three-year hiatus, he suffered a nasty cut on his thumb. And it wasn’t during a last-minute training session, but rather a bizarre accident while being drug tested by United States Anti Doping Agency (USADA).

“USADA comes up and says ‘Hey we need to do a piss test for your drug test.’ I did the first drug test but it was too diluted, because when you re-hydrate there is like too much water in you,” he explained during an interview on Ariel Helwani’s MMA Show.

“So they had me do a second drug test, but I had to wait until I could pee again. So it was like an hour and a half before the fight so I had to go again and I told the USADA guy to let’s get it done,” he added.

“I did the test and I’m closing the first bottle up, it’s like a twist cap. So I’m twisting the cap and I put it inside the plastic bag and I see blood. So I’m just like what the fuck! So I look at my hand and I gashed my hand on the USADA drug test.”

Anthony says he then immediately called UFC officials, the promotion’s doctor and informed USADA of the incident. According to Pettis, the doctor gave him two options, either get stitches or have it glued shut. Ultimately, Pettis went with the glue, since it would prevent it from opening up and bleed during the bout.

Anthony’s coach, however, wanted “Showtime” to bow out of the fight, but Pettis refused as he felt well-prepared for the big showdown. Then, as he was getting taped up, his finger started bleeding and longtime cutman, “House,” had to come up with a way to finally make it stop.

Still, it was something Anthony feels could have been avoided and as a result of the injury, Pettis revealed he is now taking USADA to court sicne he had to fight comprised.

“I couldn’t talk about it because I gave USADA a chance to make it right. So right now we’re going through court, I got to sue them,” he explained.

“So closing the glass top with something like a jagged edge or something, it gashed my hand. So I had to get glued up before my fight.”

It’s a bizarre incident to say the last, but it seems Pettis and his team are ready to go to war with the drug testing agency for what they feel was something should have never happened in the first place.

Anthony will return to action this Saturday night (Jan. 18, 2020), as he is set to face Carlos Diego Ferreira at UFC 246 inside T-Mobile Arena in Las Vegas, Nevada. And as always, keep it tuned to MMAmania as this case develops.