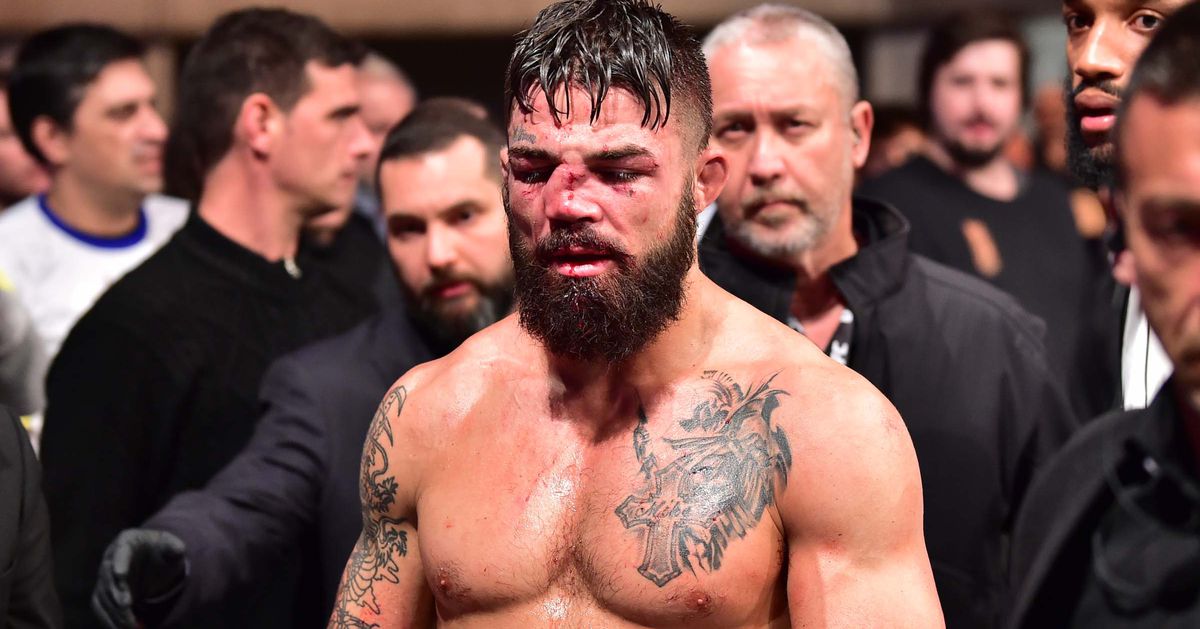 UFC welterweight Mike Perry took home a $50,000 bonus for Fight of the Night honors during his UFC Uruguay fight against Vicente Luque two weeks ago. But that amount came after he suffered a broken nose from a flying knee, which is likely one of the worst in UFC history.

“Platinum” Mike already underwent surgery for the injury and is now in the process of recuperation. But the experience he went through made him realize his mortality.

“I knew he caused some damage. I caught the leg and (afterward) I was like, ‘Damn, you don’t really feel it until later,” Perry said on Monday’s episode of the Ariel Helwani MMA Show (transcript by BJPenn.com). Later, I felt the pain from them, whatever they did in the back sticking metal rods up my nose and cranking my face around trying to get my nose back in place — I felt that later. That gave me headaches.

“With the recent deaths in boxing, I was like, ‘Damn, is my brain bleeding? Am I going to die?’ Those were real thoughts.”

Perry received a 180-day medical suspension, and will only be eligible to compete again upon the approval of an otolaryngologist.