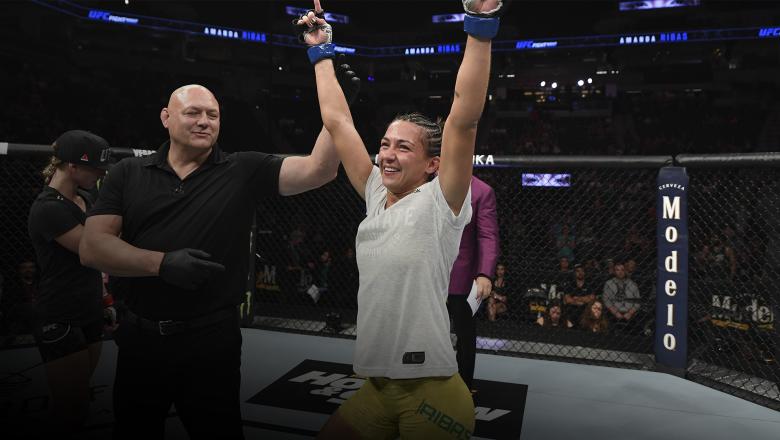 This is probably your last chance to be in on Spann relatively early, as the Fortis MMA product has already posted a pair of victories inside the Octagon and enters this weekend’s showdown with Devin Clark off a first-round knockout win over Brazilian legend Antonio Rogerio Nogueira.

Spann is a two-time Contender Series alum who came up short in his first attempt to garner a UFC contract, losing to Karl Roberson early in Season 1. But two months later, “Superman” was back in the cage, kicking off what is now a six-fight winning streak that includes his Contender Series win over Emiliano Sordi, his debut victory over Luis Henrique and his stunning finish of Nogueira in Brazil back in the spring. Currently in the best form of his career, the 28-year-old is on the cusp of cracking the Top 15 in the wide-open light heavyweight division and a dominant effort against Clark could carry him into the rankings.

While the division has recently seen an influx of former middleweights looking to reinvent themselves by cutting less weight, Spann is a legitimate light heavyweight, standing six-foot-five and boasting an 81.5-inch reach. He’s a proven finisher, with his win over Henrique being one of only two decisions amongst his 16 career victories, and though he was heralded as a submission specialist heading into his first Contender Series appearance, Spann has shown he’s more than capable of settling opponents with his hands as well.

Clark is a tough out who has long shown promise, but has struggled to find consistency inside the UFC cage. As much as Spann is on the cusp of cracking the Top 15, this opportunity is doubly important for Clark who can catapult himself into the group just outside the rankings by pulling out a victory, which means the Sayif Saud-trained fighter from Beaumont, Texas will need to be at his best when he makes the walk to the Octagon for the third time on Saturday night. Should he secure another victory, don’t be surprised if Spann ends up standing across the cage from one of those well-established divisional newcomers early next year.