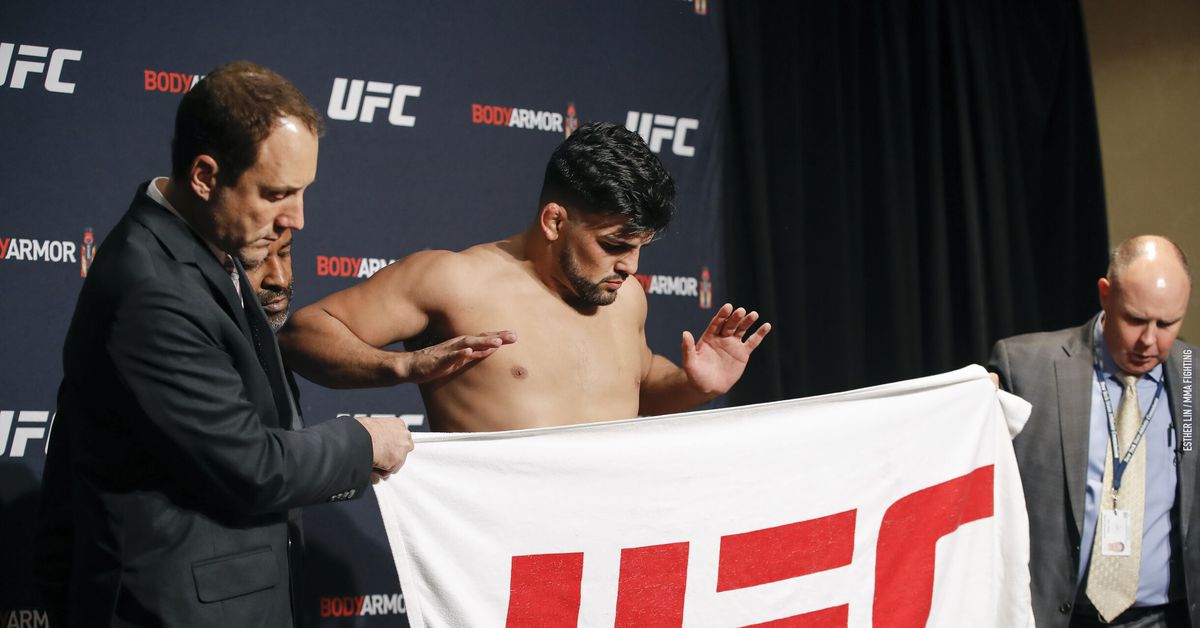 Three people – two fighters and a coach – have been fined by the New York State Athletic Commission in the wake of UFC 244.

Middleweight Kelvin Gastelum was docked $1,000 for making contact with his coach Rafael Cordeiro at the official weigh-ins for this past Saturday’s event. Cordeiro also was fined $200.

Additionally, the NYSAC handed down the maximum fine possible – $10,000 – to UFC light heavyweight Corey Anderson for “unsportsmanlike and disorderly conduct” following his upset win over Johnny Walker. Anderson appeared to shove away the referee during his post-fight celebration.

All of the individuals are suspended indefinitely by the commission until their fines are paid in full, per NYSAC spokesperson Mercedes Padilla.

UFC took place at Madison Square Garden and was headlined by a “BMF” title fight between Jorge Masvidal and Nate Diaz. The fight ended in controversy when the cageside doctor called off the bout due to a cut over Diaz’s right eye. The doctor was subsequently threatened by fans.

NYSAC officials initially promised a review of Gastelum’s actions on the scale. Just hours later, however, the commission found that the middleweight had violated rules – put into place after another UFC weigh-in controversy – that forbids a fighter from making contact with anyone while on the scale. As a result, he would face a sanction.

Gastelum’s weight on the scale of 184 pounds was still certified, and he was allowed to fight. He subsequently lost a decision to Darren Till in the pay-per-view co-headliner.

In an interview with MMA Fighting, Cordeiro denied any wrongdoing. He said there was no way he could have supported Gastelum’s weight and called the controversy “drama to sell the fight.”

Anderson apologized to Walker and others his actions after his win, saying his emotions got the best of him.

MMA Fighting has attempted to reach out to the fighters and coach for comment and will update the story with any response.