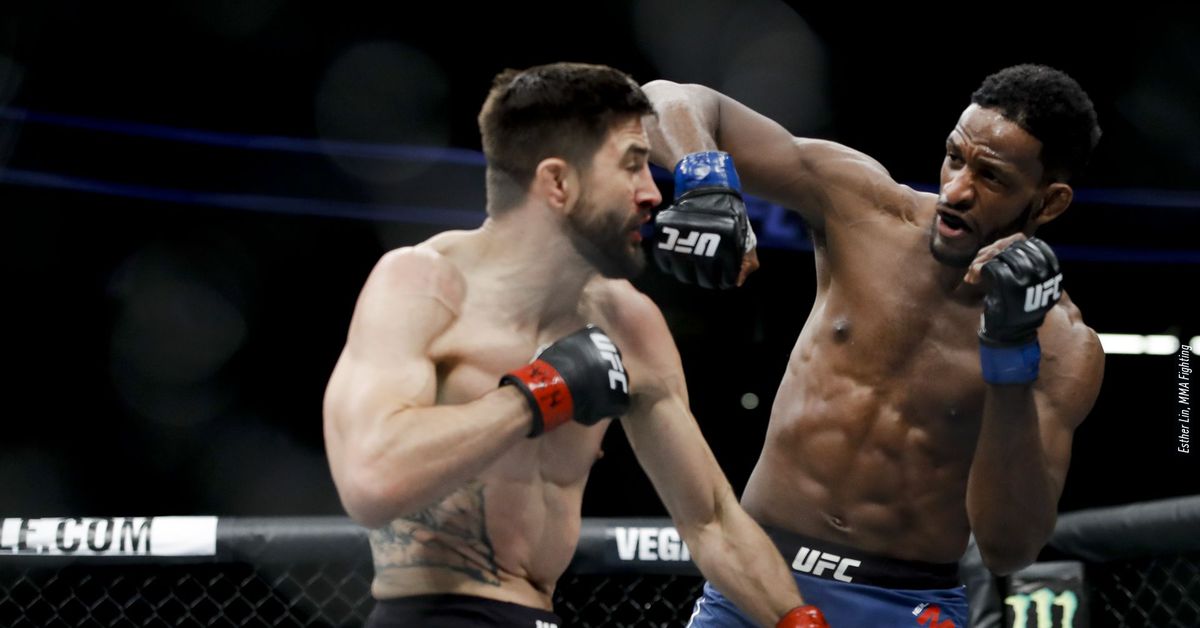 Neil Magny has a date and opponent for his next UFC bout.

The welterweight veteran, who has been dealing with a USADA issue over the past few months, will meet Chinese 170-pounder Li Jingliang at UFC 248 in Las Vegas, on March 7, multiple sources told MMA Fighting. Combate first reported the booking.

Magny (21-7) hasn’t fought since a fourth-round TKO defeat to Santiago Ponzinibbio in the main event of UFC Argentina in November 2018. Magny was coming off wins over Carlos Condit and Craig White prior to that defeat in Buenos Aires.

Jingliang (17-5) is riding a three-fight winning streak in the Octagon, capped off by a thrilling late knockout of Elizeu Zaleski at UFC Shenzhen in August. “The Leech” has won seven of his last eight in the UFC with five knockout stoppages.

Jingliang won’t be the only Chinese star in action at the T-Mobile Arena that night, as strawweight champion Zhang Weili is set to defend her throne against Joanna Jedrzejczyk at UFC 248.