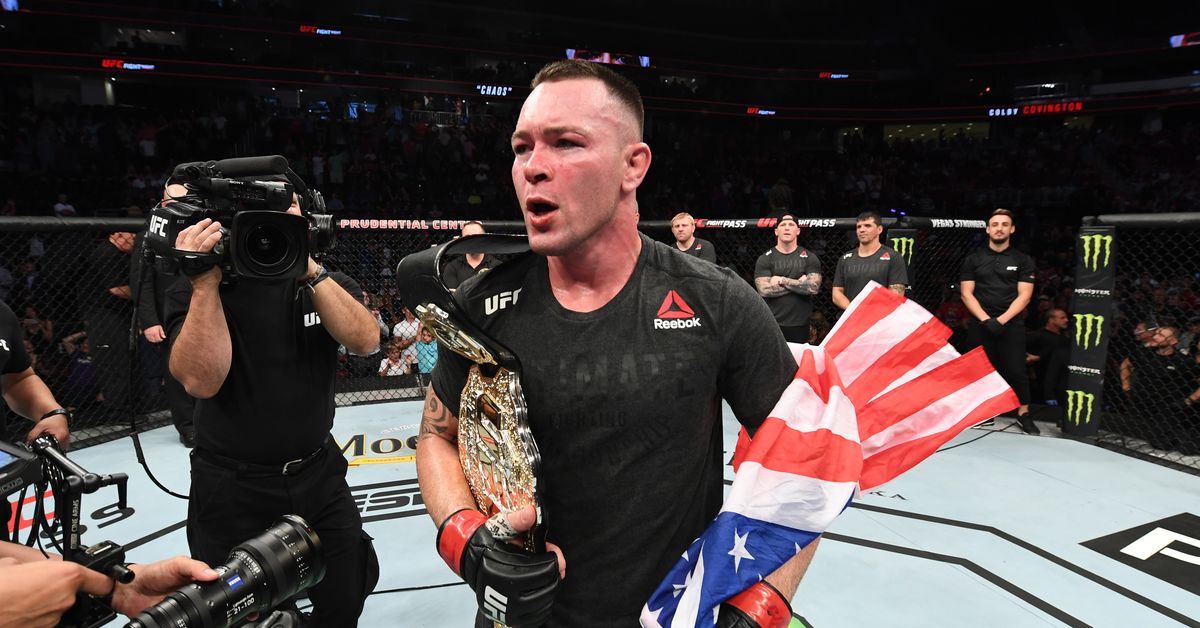 I don’t know if the Welterweight division has been made great again, but those damned 170-pounders keep making headlines. It’s quite possibly the hottest division right now, with an abundance of potential title challengers all at each other’s throats. At the heart of it, of course, is the controversial Colby Covington, who routinely does everything possible to irk everyone.

In a fan Q&A, former Welterweight champ Tyron Woodley took the opportunity to take a dig at Covington and his inability to make a title shot materialize (transcription via MMAFighting):

To give “Chaos” a bit of credit, he’s in a difficult situation. UFC does its best to pressure contenders into accepting whatever offer is given while paying as little as possible. The line between throwing away opportunities and earning what a fighter is worth is paper thin, and thus far, Covington has wound up on the wrong side of it numerous times now.

Contract drama aside, Covington vs. Usman is the fight to make. It’s one of the most high-level fights available, so hopefully it all works out.

Should making sandwiches out of slop replace making lemonade from lemons as the go-to food analogy?

It’s kind of weird to celebrate this hard while also missing weight, but I won’t deny being excited to watch Michel Pereira flip around the cage again.

A reminder about the guaranteed violence that’s set to occur in less than 24 hours.

I do not remember Tim Elliott pinning Louis Smolka, but this little mashup clip is fantastic.

Daieisho has been putting up great performances without results but he picks up his first kinboshi, Kakuryu gives up his 2nd in as many days pic.twitter.com/vFkRfrWnrO

Stacking the weight entirely on the spine is definitely the right move.

One more strange bit of lifting, because why not?

Midnight Music: I don’t have much to say about Angel Olsen or her latest single other than the simple fact that she’s amazing and it’s great. October quickly approaches, and with it, four of my most anticipated album releases of the year: music by Olsen, Swans, Danny Brown, and FKA Twigs. Prepare for my fangirling now, dear readers, because I will surely be overexcited.