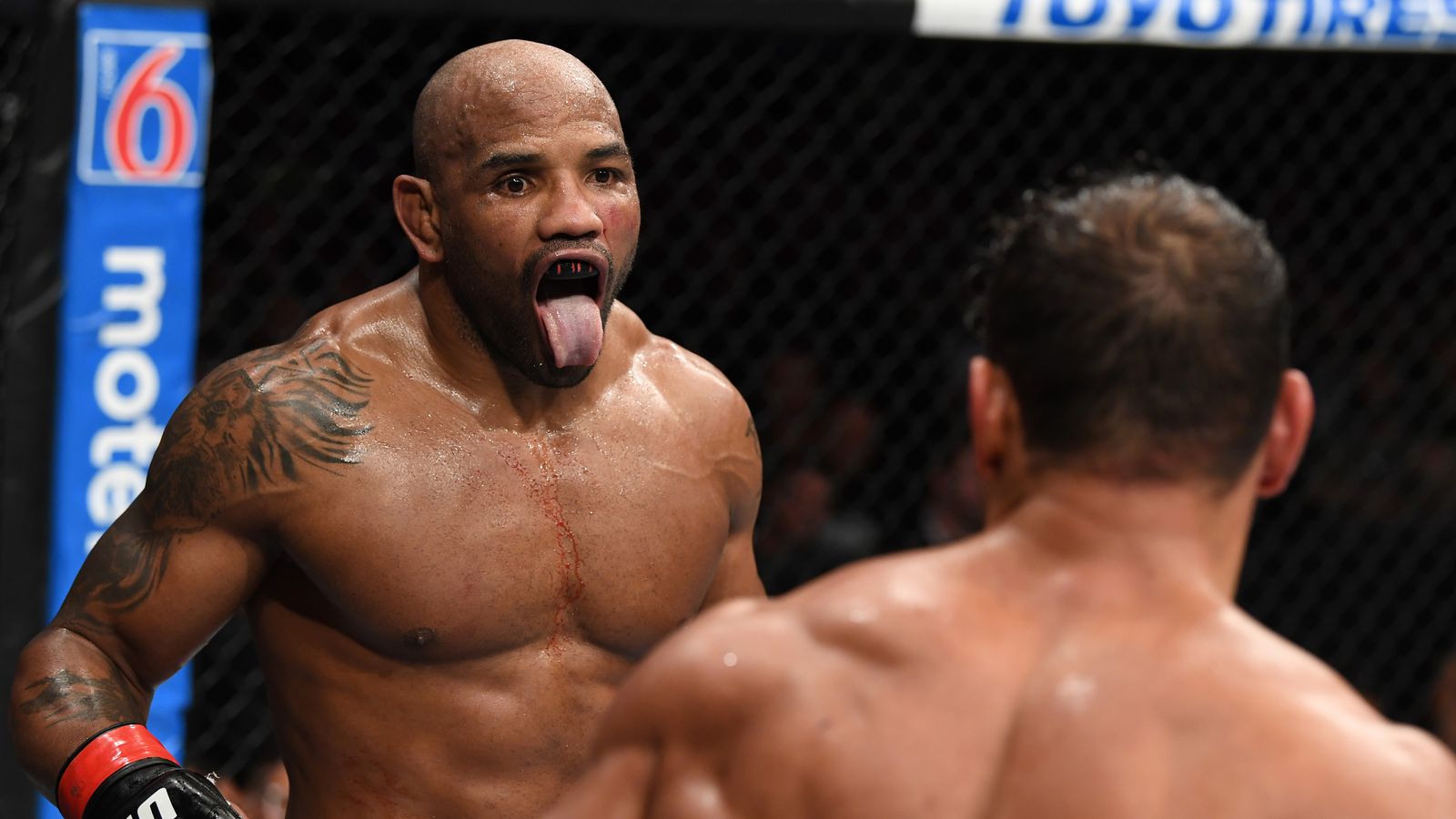 Fresh off a successful Middleweight debut opposite Kelvin Gastelum, Till is looking to keep his momentum rolling and prove himself a top contender at 185 lbs. There’s no better way to do so than defeat Romero, who has only ever been dispatched by the very highest caliber of opponent

It’s a gutsy callout, as taking out Romero is truly a Herculean task. “Soldier of God” has an argument for winning both of his recent losses, and regardless of what you believe about those scorecards, fighting him is guarantee to absorb significant damage. The Cuban has a reputation as being one of the scariest fights possible, and that’s not without good reason.

Currently, Romero is gunning for a title shot opposite Israel Adesanya, and the Middleweight champion is open to the possibility. However, if UFC president Dana White stays true to his word about Romero requiring a victory before another title shot, this is pretty perfect match up.

Everyone is working with boxing legends these days.

There’s nothing better than the hybrid scrambles of an athlete skilled in both wrestling and jiu-jitsu.

Greg Hardy did show actual improvement in his last fight, though I still don’t like his chances against “Drago.”

Not a bad place to shadowbox.

This will only hurt a bit …

Michihiro Omigawa was really good at this tricky straight armbar.

A really great knockout with a pretty unfortunate end.

This is some prehistoric shit.

Midnight Music: Daft Punk appreciation night! To really celebrate, I need everyone in the comments to pick a three-to-six word phrase and repeat it a few dozen times.