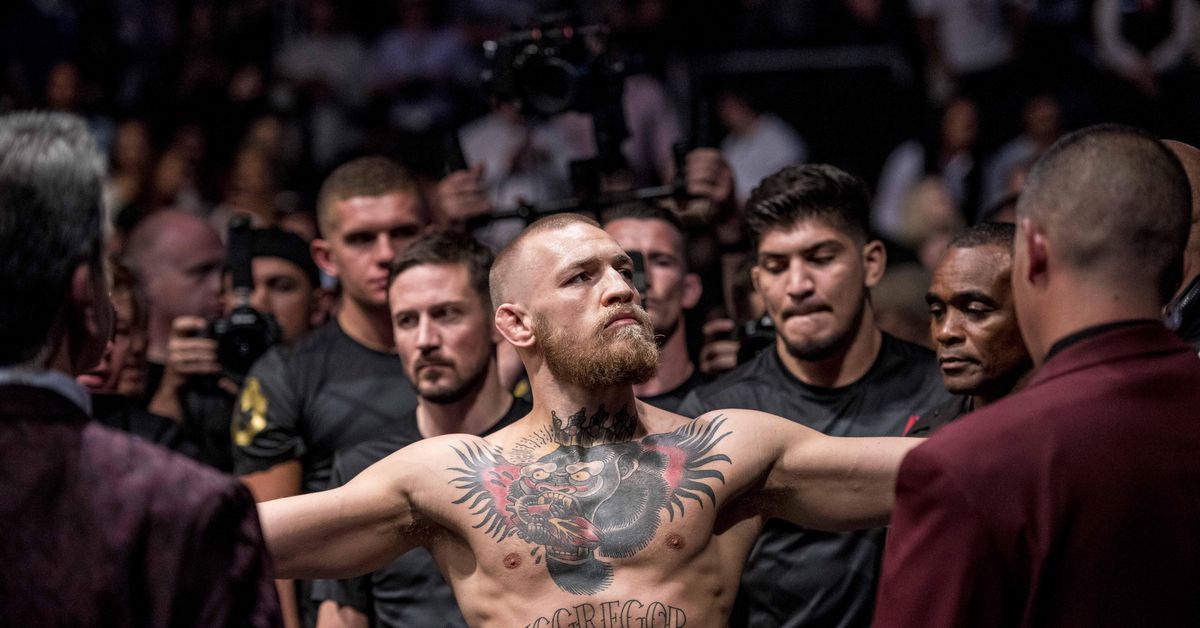 Ahead of his return to the octagon this weekend, Conor McGregor has featured in a new Reebok shoe ad.

McGregor shared the advert produced by Reebok, the official outfitter of the UFC, on his Twitter account earlier this week. Fighter such as McGregor, Chris Weidman and Joanna Jedrzejcyk all have individual sponsorship deals with the promotion’s apparel partner Reebok.

The full commercial, which can be found here on Reebok’s Instagram, shows McGregor fighting off several monsters in cartoon-like form.

A former two-division champion in the UFC, McGregor was in the headlines for all the wrong reasons last year. The 31-year-old pleaded guilty after being caught on camera assaulting an elderly man in a pub back in Ireland, and charges were dropped in a case that McGregor stomped on a man’s phone outside a hotel in Miami.

Most notably, the UFC star has found himself at the forefront of an ongoing investigation over sexual assault charges at a Dublin hotel last December, of which he has just recently claimed innocence over.

Despite these sexual assault allegations, Reebok decided to keep their deal going with McGregor. This is somewhat of a contrast to their decision to cut ties with rapper Rick Ross in 2013, after the lyrics in his song U.O.E.N.O insinuated to be referring to the sexual assaul of a woman. (H/T MMA Junkie)

UFC 246 takes place this Saturday, January 18th, at the T-Mobile Arena in Las Vegas. McGregor vs. Cerrone will headline the card.