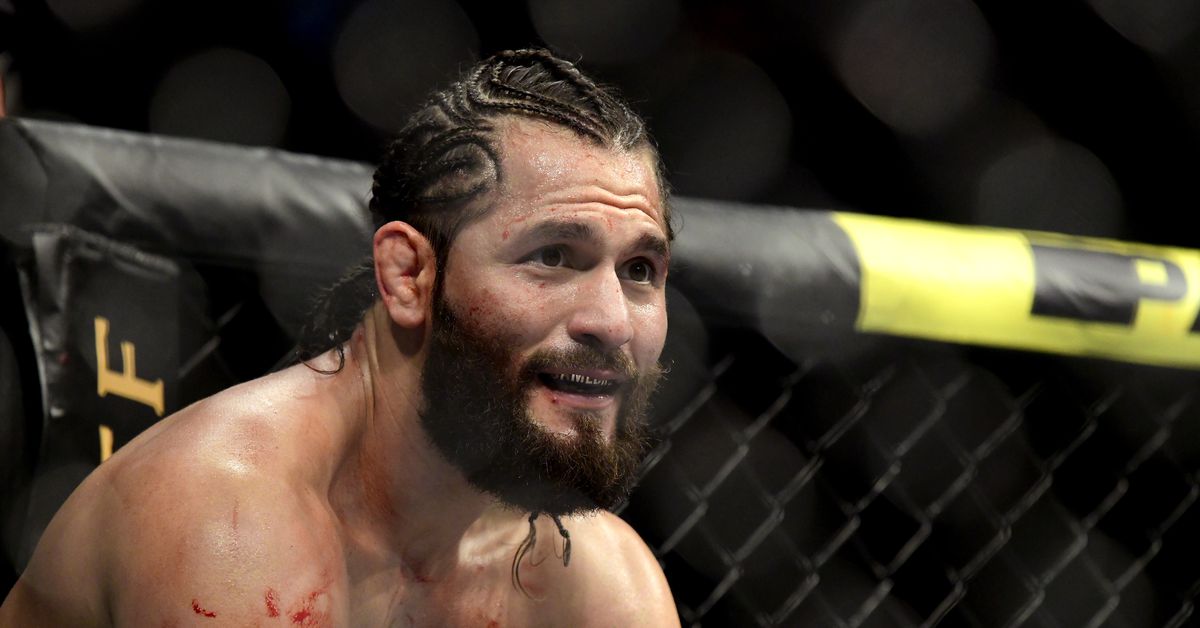 As the UFC’s official ‘BMF’ champ, top-three welterweight and all-round ‘bad motherf-cker’ Jorge Masvidal is only interested in the biggest and baddest fights available.

Although Kamaru Usman and Colby Covington are set to collide for the official welterweight title at UFC 245, with Masvidal expected to fight the winner, ‘Gamebred’ seems more interested in a big money fight against Nick Diaz or Conor McGregor.

Speaking to Yahoo Sports in a recent interview (h/t MMA Fighting), the ex-Miami based street fighter said he has no interest fighting the winner of the world ‘hugging championships’ at UFC 245.

“They’re fighting for the spot to fight me,” Masvidal told Yahoo Sports when asked about Usman and Covington. “I’m the ticket at 170 pounds. I’m going to go and get the biggest, best and toughest fights.

“So it’s looking like we might fight Nick Diaz next, it’s looking like it might be Conor McGregor, obviously those fights come first because of the paycheck and everything it brings while these guys are settling the dust between the hugging championships.”

After beating Nate Diaz to a bloody pulp at UFC 244, Masvidal said the thought of a grudge match with older brother Nick hypes him up much more than a potential title fight against the winner of Usman vs. Covington.

“If he’s ever been motivated for a fight, I think it’s going to be this one,” Masvidal said about Diaz. “I think whatever he’s been doing in the past, he’ll cut it and he’ll get into his ways of fighting. Knowing the Diaz brothers and how much they love and respect each other, I know that guy’s going to come with everything he has.

“That hypes me up to want to fight. Like let’s f*cking do this cause you’re not taking nothing what I’ve got. You’re knocking at my front door and you ain’t getting in here. I’m going to stop you right where you stand. That’s how I feel.”

As for McGregor, Masvidal guaraentees he would put a beating on the Irishman but the American Top Team standout doesn’t want to come across as a ‘bully’.

“I don’t want to sound like a bully either because since I won the Nate fight, he hasn’t said a peep,” Masvidal said of McGregor. “If that guy doesn’t want to fight, I’m not bothering nobody. I’m not going to be a bully. Dana [White] be having a lot of ideas all on his own. I don’t know what got him to change but the truth is that boy’s going to get hurt if they lock him in there with me.

“I’m in like segregated population. It’s not the type of guy they allow me to play with.”

McGregor, the former UFC featherweight and lightweight champion, is set to return to the Octagon at UFC 246 to face Donald Cerrone. The pay-per-view is scheduled to take place on Jan. 18 at T-Mobile Arena, Las Vegas.