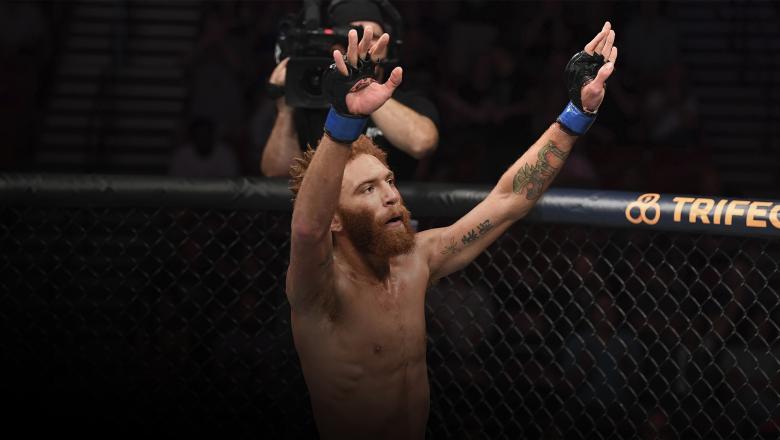 That confidence is a trait that we’ve seen from Pena since his stint on The Ultimate Fighter: Undefeated. After bursting onto the scene on TUF, he’s made the walk to the Octagon four times, with Saturday marking his fifth fight in fifteen months.

The reason he’s so active is simple. Pena just loves the way fighting makes him feel.

“There’s no better feeling than when you step in that Octagon or right before you walk out and I can see all the fans as I’m getting ready to go in,” Pena said. “Slowly but surely they start to realize I’m right there and I’m about to walk out. For some reason, every time the crowd just erupts when they see me. They’re like, ‘Oh my God, ‘Violent Bob Ross’ is about to fight!’ And I can start hearing the chants and as I’m walking out I can just hear ’Violent…Bob…Ross!’ I live for that, man. I live for that feeling, that moment.”

That passion and feeling will help fuel Pena on Saturday, as living in the moment and enjoying what he does has been a major part of his recent success. He believes that his mental makeup has become one his biggest weapons.