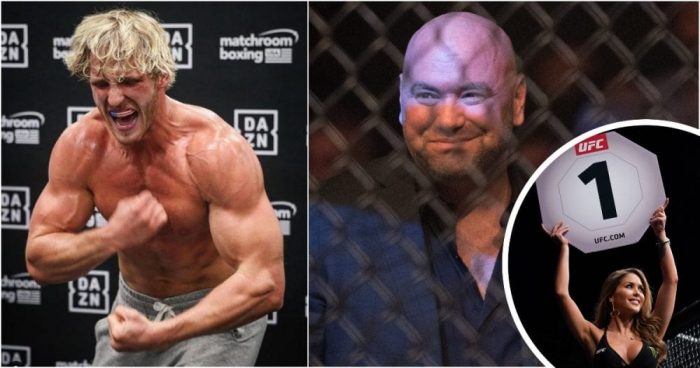 On Saturday, November 8th, YouTube stars Logan Paul and KSI will battle it out in the boxing ring once more. The rivals will met in a pro boxing bout at the Staples center in Los Angels, California. While the foray into combat sports may be somewhat surprising for YouTube stars, it seems that Paul doesn’t want to stop there.

“The first name’s that coming out of my mouth is ‘Dana White’”, Paul told Cageside Press. “I want to fight in the UFC, and I think Dana White can make that happen. I love MMA, I grew up wrestling, I was one of the best wrestlers in Ohio. No disrespect, what the fuck am I doing, I’m using half the skill set that I was training my whole life to do.”‘

Paul spent time at Allstars Training Center, home of Alexander Gustafsson and Ilir Latifi amongst others. MMAnytt got the opportunity to document part of his training, and speak with his coach while there. However, it’s highly unlikely that the UFC will sign Paul to the promotion, despite his drawing power.

The first boxing bout between YouTube-sensations Logan Paul and KSI took place in August 2018 as an amateur bout. It ended in a draw, but was a huge financial success – which made a rematch all but certain. Now they will meet in a pro match with no headgear, raising the stakes.