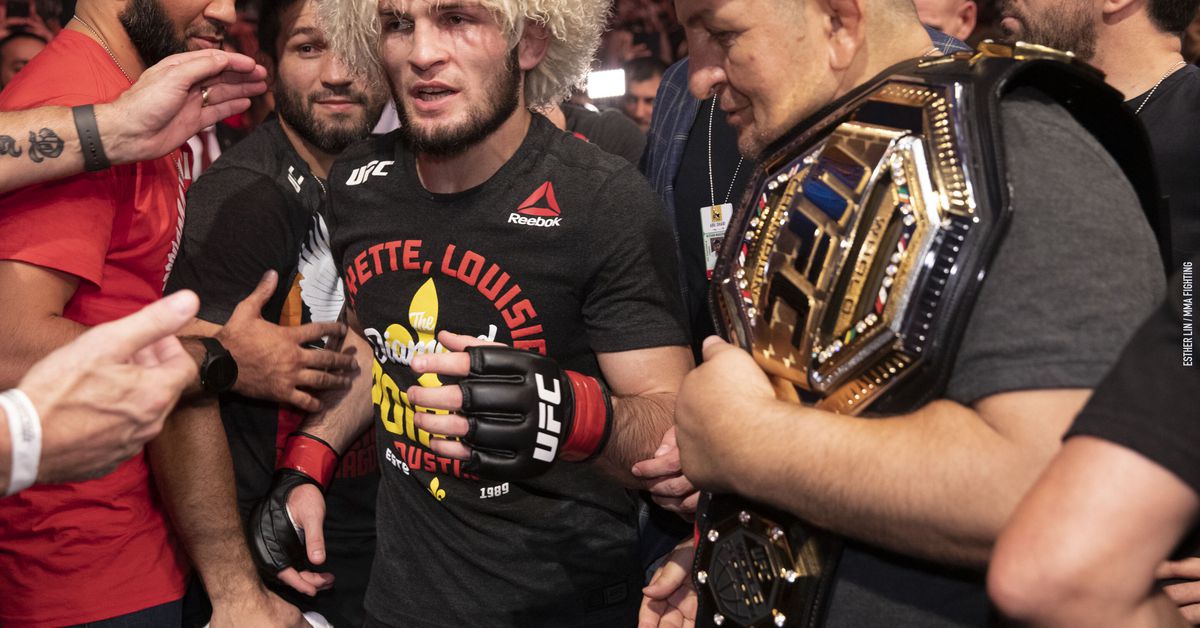 Khabib Nurmagomedov is well aware of the ups and downs of the Conor McGregor experience.

Hardly a week goes by where a second meeting between the two stars is not mentioned in some capacity, which is understandable given their lengthy and personal feud, Nurmagomedov’s fourth-round submission victory in their first fight at UFC 229, and the immediate chaos that ensued afterwards.

For his part, the UFC lightweight champion has mostly moved on from a rematch, at least until McGregor builds his resume back up to levels that he deems acceptable. McGregor’s 40-second destruction of Donald “Cowboy” Cerrone this past January did not do the trick, according to Nurmagomedov.

“Cowboy always lose all his main event fights. Always,” Nurmagomedov told TMZ Sports. “I don’t remember when he win. The last 10 fights, I think he lose six or seven fights. He’s not high-level lightweight or welterweight right now. He’s not. Of course he has a big name, but his time is finished.

“Conor picked a very good opponent. Now, he come back and beat Cowboy, who lose [seven of his last 11 fights] and then they talk about, ‘Okay, this guy’s come back.’ No, he has to fight with really tough opponents like Justin Gaethje or something like this. He has to come back to lightweight division, he has to cut weight. This is just my opinion.”

It makes sense that Nurmagomedov would lobby for Gaethje, given that the two share the same management. As does bantamweight champion Henry Cejudo, who recently teamed up with Gaethje to campaign for a McGregor matchup.

Nurmagomedov doesn’t think that McGregor is avoiding Gaethje in particular. It’s McGregor’s opponent preferences in general that have “The Eagle” believing that McGregor is leveraging his star power and “ducking tough matchups.”

He sees any interest in a second McGregor fight as being purely driven by finance, not the spirit of competition.

“I think people want to see us continue what happened last time,” Nurmagomedov said. “They just want to see drama. If you ask people, ‘Guys, what do you think, who’s gonna win?’ 99 percent going to say ‘Khabib, like he did first time.’ Just people want to see a big drama show, only for this one.

Nurmagomedov next defends his title at UFC 249 on April 18 against Ferguson, who is on a lengthy 12-fight winning streak. Compared to McGregor and several of his past opponents, Nurmagomedov views Ferguson in an entirely different light.

“I think, just my opinion, my last couple of years, I compete with guys like Barboza, dos Anjos, Conor, Poirier, Iaquinta, all of these guys not tough like Tony Ferguson,” Nurmagomedov said. “That’s why now I feel I have real motivation because before when I watched all these opponents I think like, ‘Okay, I can beat this guy.’ Of course, I work hard, but right now it’s a very, very tough opponent.

“That’s why we focus like always, but right now we have more focus, more hard work. Tony is not like these guys. He’s a little bit tougher than all of them.”