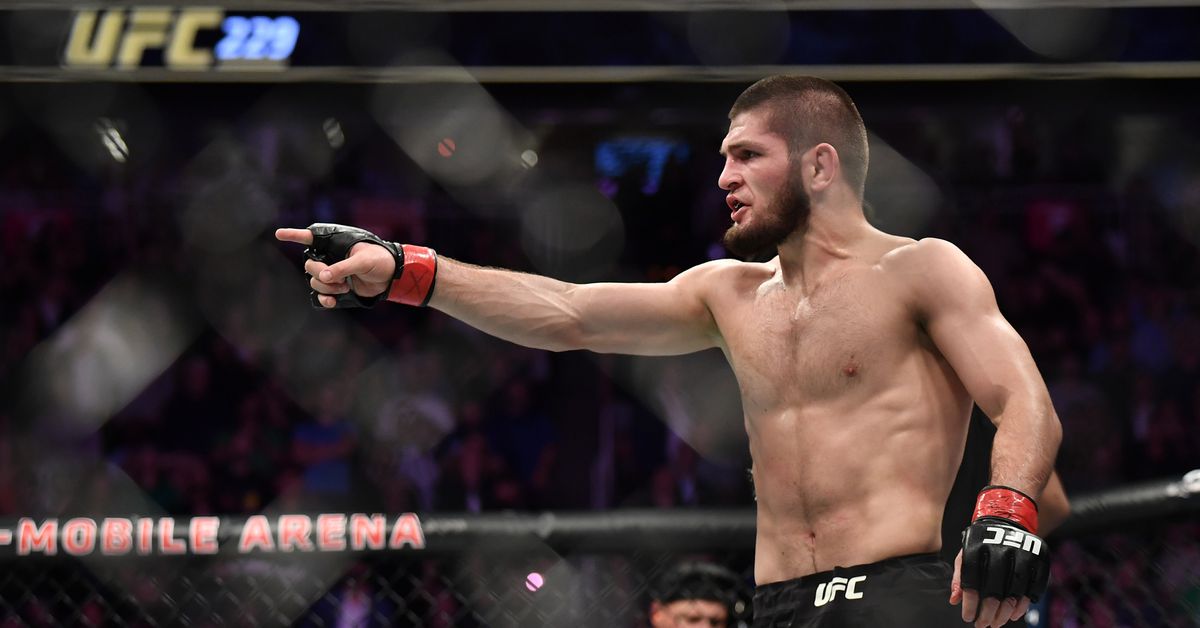 Stop me if you’ve heard this one before.

Ultimate Fighting Championship (UFC) lightweight champion, Khabib Nurmagomedov, is done fighting in Las Vegas until he gets a formal apology from Nevada State Athletic Commission (NSAC), following its “harsh” treatment of “The Eagle” back in January.

That’s what it cost Nurmagomedov for jumping over the cage at UFC 229, following his submission victory over Conor McGregor (watch it). “Notorious,” along with Dillon Danis and select members of the goon squad were also fined and suspended.

Khabib Nurmagomedov held a press conference in Moscow and according to @tassagency_en, Khabib will only fight in Las Vegas if the NSAC apologizes to him.

Otherwise, he expects to fight in New York this April.

Khabib also said McGregor needs 10 wins before he gets a rematch.

I guess we can forget about that “Notorious” rematch.

When Nurmagomedov does return from his extended absence, which comes on the heels of his submission victory over Dustin Poirier at UFC 242 last August, “The Eagle” is expected to make his next title defense against longtime rival, Tony Ferguson.

Unless Georges St-Pierre pulls another fast one.

As for McGregor, his next fight is expected to be at the UFC pay-per-view (PPV) on Jan. 18 in — you guessed it — Las Vegas. An opponent is not official at this time, but all signs point to longtime lightweight “Cowboy,” Donald Cerrone.