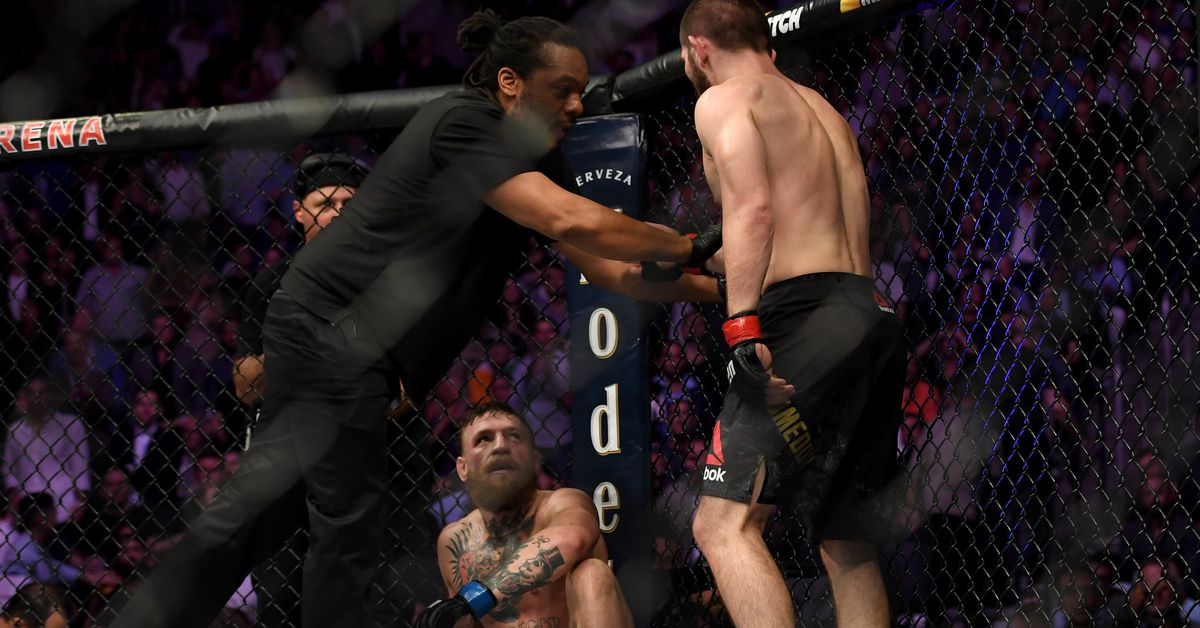 Things got heated and personal between Khabib Nurmagomedov and Conor McGregor during the build-up for their title fight at UFC 229 in October 2018. It all spilled over right after the fight when the two camps were involved in a brawl that resulted in multiple suspensions.

More than a year later, Khabib says he isn’t ready to bury the hatchet with “The Notorious” just yet.

“I’m not ready to shake [McGregor’s] hand right now,” McGregor told RT Sport in Russian. “I’m not. You know, everyone makes mistakes. There are no perfect people, everyone has flaws. When a person continues to behave this way, it means that it’s his nature.

“We saw that he recently hit a 70-year-old man. It shows a lack of morality and manners, his overall level. So I’m not ready to shake his hand until he realizes something,” he added.

“The Eagle” did say he’s open to some form of reconciliation, under one condition.

“Apologies always have to be accepted, no matter what he said. If a person apologizes and accepts his mistakes, we have to excuse him,” Khabib said.

As for his next fight, the undefeated lightweight champion is looking at facing Tony Ferguson in March of April 2019 in his home country.