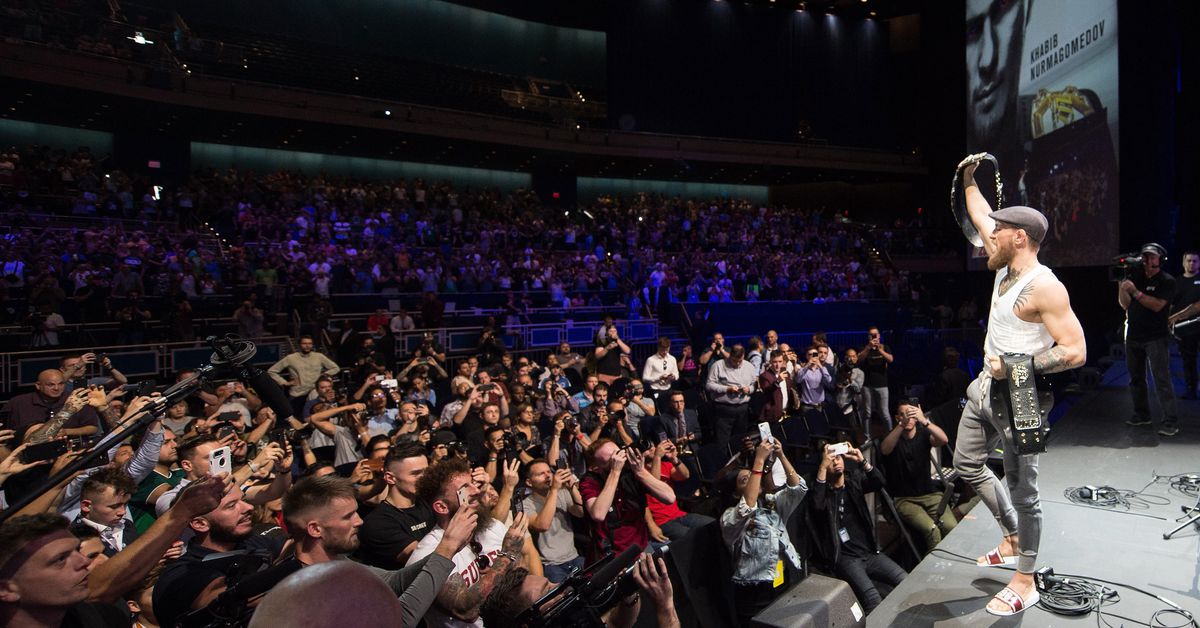 If you’re judging by online message boards and social media platforms such as Twitter, it’s easy — and perhaps misleading — to conclude that Conor McGregor is one of the most hated fighters on the UFC roster.

But in real life, where swarms of fans gather round and beg the Irishman for selfies whenever he’s passing through town, ‘The Notorious’ is as popular as ever.

That’s according to SBG Ireland head coach John Kavanagh, who says McGregor is loved by the local community in Dublin, Ireland.

“I’d love for people to spend a little bit of time, like I do, driving through town with Conor or having to call into a shop with Conor, and being mobbed for selfies and people shaking his hand and congratulating him,” Kavanagh told Peter Carroll on a recent episode of MMA Fighting’s Eurobash podcast.

“I think people sometimes confuse Twitter life with real life and believe stuff on Twitter, but very, very few people are on Twitter. In real life, when you’re going through Dublin and the airport, there are crowds of people screaming and running up to us. I’m not sure I agree with that, maybe there will be a couple of people on Twitter that will write something nice after it if he wins, but I wouldn’t hold my breathe on that.”

“When I’m physically with him, no…all I see is mobs of fans,” he added.

McGregor, who has found himself embroiled in controversy outside the cage over the last two years, will return to the Octagon to face Donald Cerrone at UFC 246. The pay-per-view extravaganza takes place this Saturday, Jan. 18 at T-Mobile Arena in Las Vegas.