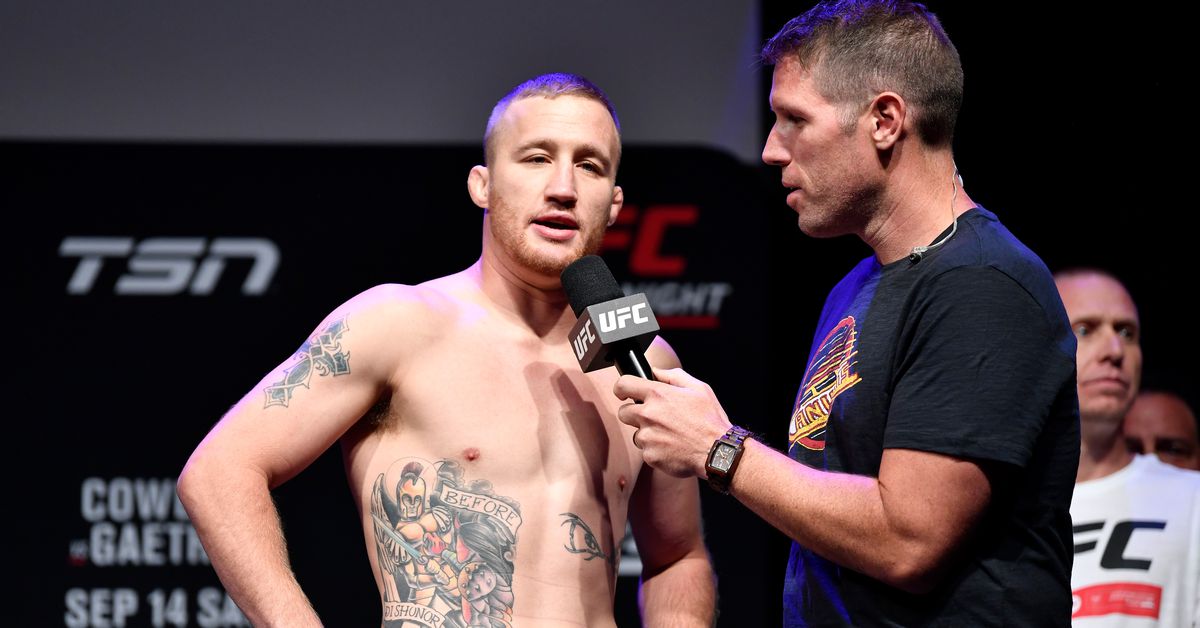 Justin Gaethje campaigned — hard — for a fight with Conor McGregor, but the UFC went ahead and booked McGregor vs. Donald Cerrone instead.

McGregor vs. Cerrone is expected to headline the upcoming UFC 246 pay-per-view in Las Vegas and, when asked about his thoughts on the matchup, ‘The Highlight’ labelled it a ‘freak show’.

“I mean, it’s a freak show man. I don’t know what to make of it,” Gaethje said in a recent interview with Luke Thomas (h/t Matias Andres of MMANYTT). “For me, I think it’s good, it takes [McGregor] out of the picture. It kind of clears the path to what needs to happen.”

Gaethje is even more puzzled about McGregor moving back up to 170, and says a win over ‘Cowboy’ doesn’t warrant a title shot at 155.

“Fighting at 170… I don’t know how in his mind he can say ‘I’ll fight in 170 and then fight for the world title next.’ I’d like to think it is because he doesn’t want to fight me, but I don’t think I’m that scary. I don’t understand it,” Gaethje said.

“If he wants to fight for a world title, he has to get another win in the lightweight division. I’m sure he knows that he’s gonna put pressure on Dana [White] and the UFC to give him a title fight after… IF he beats Cowboy at 170. Or maybe he’ll fight someone else at 170, I’m not sure what he’s doing.”

Some have speculated that McGregor has opted to fight Cerrone at 170 in order to set up a money fight with Jorge Masvidal, who recently beat Nate Diaz at UFC 244 to capture the ‘BMF’ title.

UFC 246, which is expected to feature McGregor vs. Cerrone as the main event, takes place next year, Jan. 18 at T-Mobile Arena in Las Vegas.