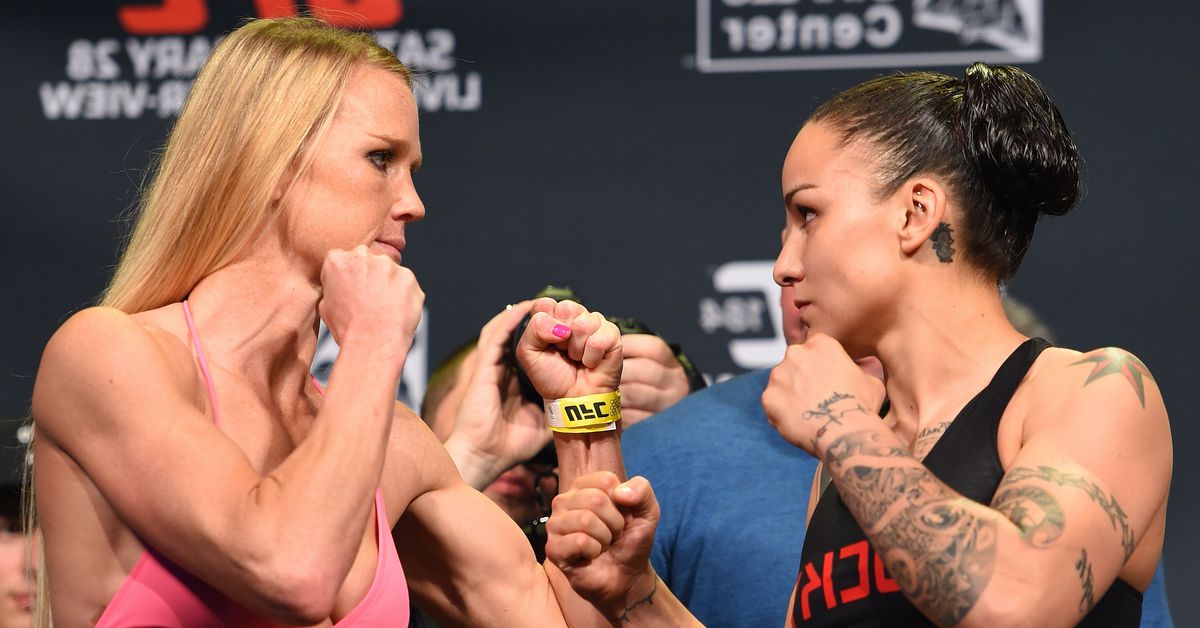 Former Ultimate Fighting Championship (UFC) women’s bantamweight champion, Holly Holm, was pulled from the UFC 243 pay-per-view (PPV) event last October in Melbourne, thanks to a short-notice injury that left opponent, Raquel Pennington, with no other choice but to hit the showers.

With her hamstring tendon all patched up and ready to go, Holm will be rebooked to face Pennington on the upcoming UFC 246 fight card, according to MMA Junkie, recently made official for Sat., Jan. 18, 2019 inside T-Mobile Arena in Las Vegas, Nevada.

It’s been a rough couple of years for Holm (12-5), who is a dreadful 2-5 since capturing the crown from Ronda Rousey at UFC 193 back in late 2015. That includes her technical knockout loss to current champion, Amanda Nunes, at UFC 239 last July.

The “Rocky” rematch is a do-over from Holm’s Octagon debut at UFC 184, which ended by way of close split decision in favor of “The Preacher’s Daughter.” Pennington (10-7) was last seen taking a decision over the hot-and-cold Irena Aldana last summer.

UFC 246 will be headlined by the return for former lightweight champion Conor McGregor, who battles longtime veteran Donald Cerrone. Elsewhere on the card, Anthony Pettis returns to 155 pounds to battle Diego Ferreira, while Maycee Barber continues her featherweight climb opposite Roxanne Modafferi.