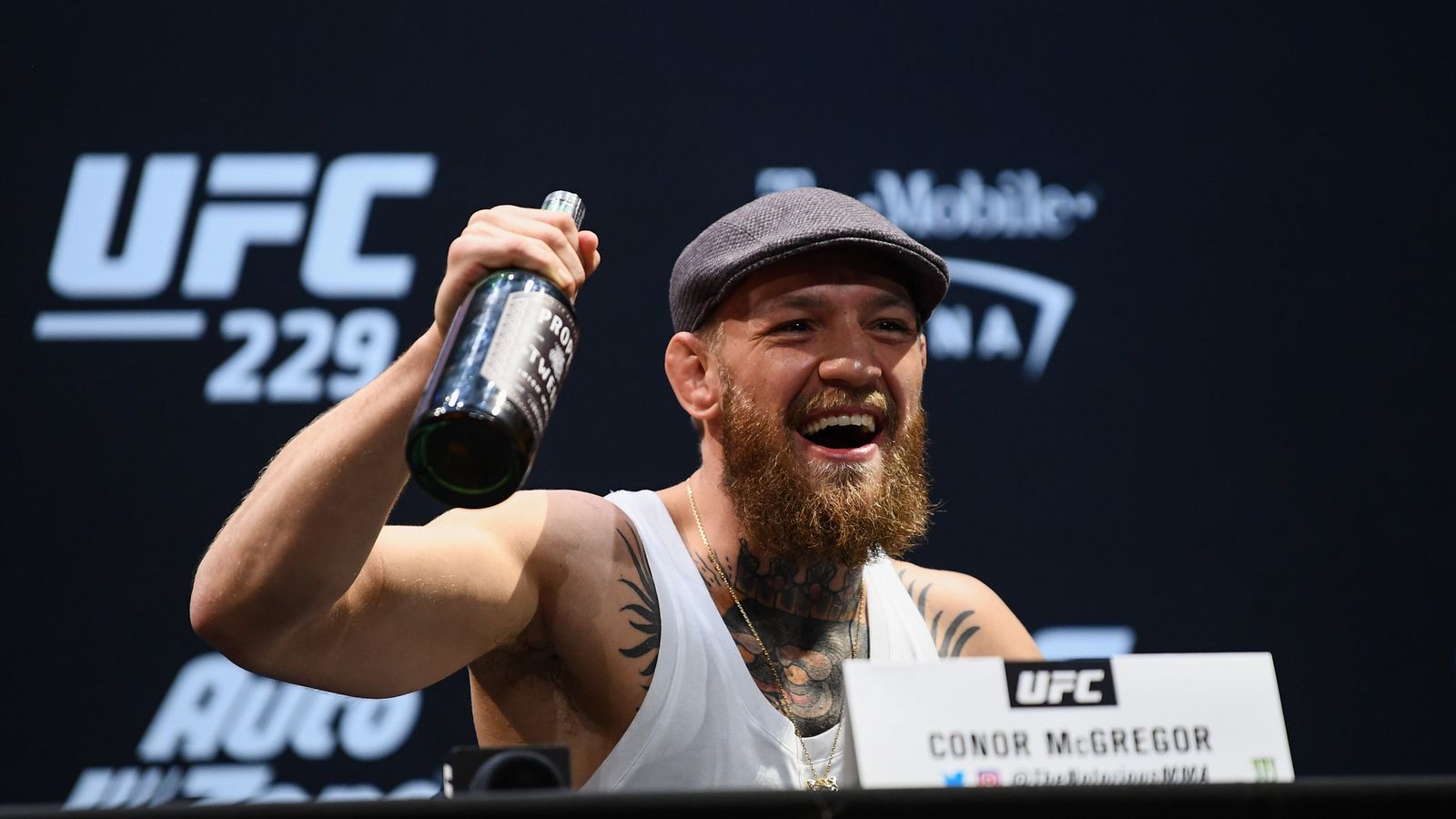 One of the things Conor McGregor gave up in preparation for his upcoming battle against Donald Cerrone at UFC 246 this Saturday night (Jan. 18, 2020) in Las Vegas, Nevada, was alcoholic beverages. But, there was a time not too long ago that he was getting high buzzed on his own supply during fight camp.

During a recent sit-down with ESPN, McGregor revealed that during his training camp for his Lightweight title bout against Khabib Nurmagomedov at UFC 229 in Oct. 2018, he was drinking pretty much anything his heart desired.

“I was drinking all the time last fight week. I was on the Conan O’Brien show [drinking],” he said.

Having abstained from drinking alcohol for the past four months, McGregor can’t explain the reason he felt the need to ply himself with liquor prior to one of the most important fights of his career (which he ended up losing).

“Notorious” also revealed that he would engage in all out wars in the gym at odd times of the day, sometimes with no protective gear on. And by wars he means literally knocking out people before going out for more partying.

“I had people holed up in a hotel from that part of the world,” he explained. “And I would ring them and arrange a fight. So they would come from the hotel down to the gym and have a full blown fight.

“No head guard, a fight,” he continued. “I’d win. We would have a war and I would win. I’d knock the guy out and I would go off and celebrate and then I’d come back in three days.”

When pressed to reveal more details as to what exactly he was doing, the fiery Irishman wouldn’t spill the beans.

“Not doing what I should have been doing,” he explained. “I just wasn’t living the life I should be living. But I am not going back there, I am in a great spot now. That’s it. I have made mistakes and I have been man enough to admit them and correct them and that’s what I have done.”

McGregor isn’t the first fighter to reveal such dark secrets. If you recall, Jon Jones infamously claimed he partied hard prior to his first fights against Alexander Gustafsson and Daniel Cormier.

“Bones,” however, proved victorious on both occasions, so he never used that as an excuse for his performance, but more-so to stick another dagger in the hearts of “The Mauler” and “D.C.”

Nevertheless, McGregor is adamant he isn’t doing anything he shouldn’t be ahead of his much-anticipated comeback fight, which his probably why UFC doctors are amazed at his peak physical condition this time around.

Remember that MMAmania.com will deliver LIVE round-by-round, blow-by-blow coverage of the entire UFC 246 fight card this weekend RIGHT HERE, starting with the Fight Pass/ESPN+ “Prelims” matches online, which are scheduled to begin at 6 p.m. ET, then the remaining undercard balance on ESPN at 8 p.m. ET, before the PPV main card start time at 10 p.m. ET on ESPN+.

To check out the latest and greatest UFC 246: “McGregor vs. Cerrone” news and notes be sure to hit up our comprehensive event archive right here.