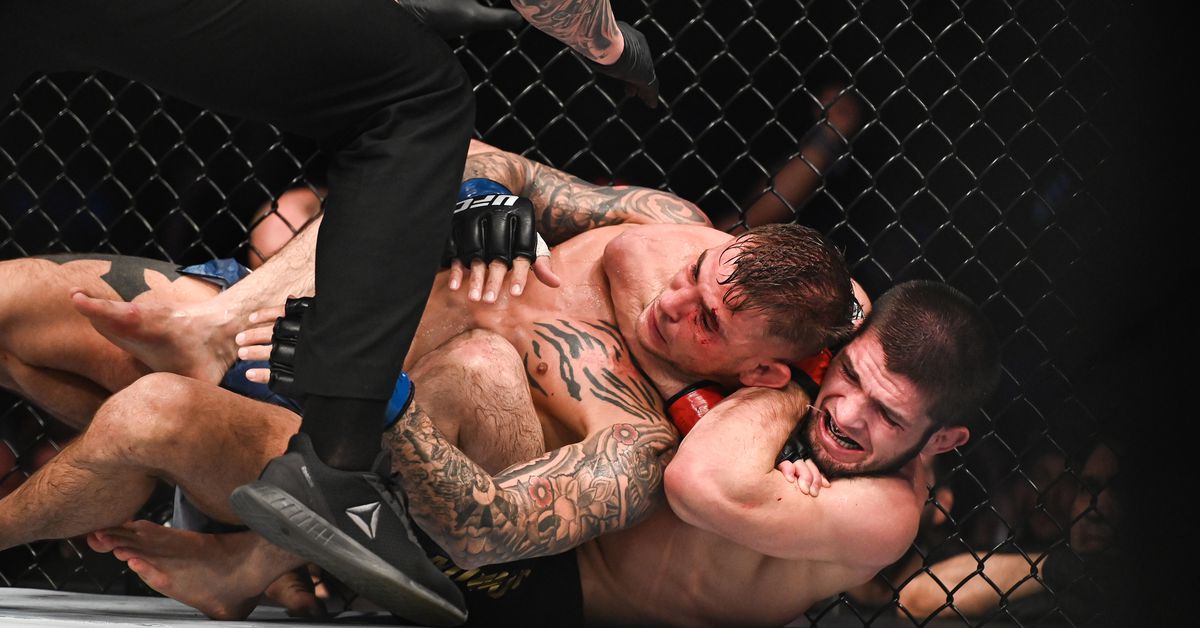 Poirier challenged Nurmagomedov in the main event of UFC 242 last month in Abu Dhabi. “The Diamond” suffered his first defeat in three years to Khabib as the Russian successfully defended his title in dominant fashion, winning by third-round submission. Talking recently to ESPN about the fight, Gaethje wasn’t impressed with Poirier at all.

“I think Dustin Poirier sh-t the bed. He went out there and sh-t the bed and got his ass whooped,” Gaethje said. “He didn’t do what he needed to do and he didn’t even put up a fight. So I don’t want to go through him to get to Khabib.” (Transcription via MMA Mania)

Since losing to Poirier in April of last year, Gaethje (21-2) is unbeaten in his last three fights at 155-pounds, picking up first-round wins against James Vick, Edson Barboza and Donald Cerrone. “The Highlight” continued by bashing former champ-champ Conor McGregor, labelling him a “coward” for targeting a return against Frankie Edgar.

“Conor keeps saying he is going to fight but I don’t think that’s true. But if he doesn’t want to fight he’s calling out the likes of Frankie Edgar. No disrespect to Frankie Edgar but he’s 30 pounds lighter than us and that’s a coward move,” he added.

“The man is a coward deep down. I know that, he knows that, some of us know that. And if I fight him I get to show the world that, and that’s what he doesn’t want.”