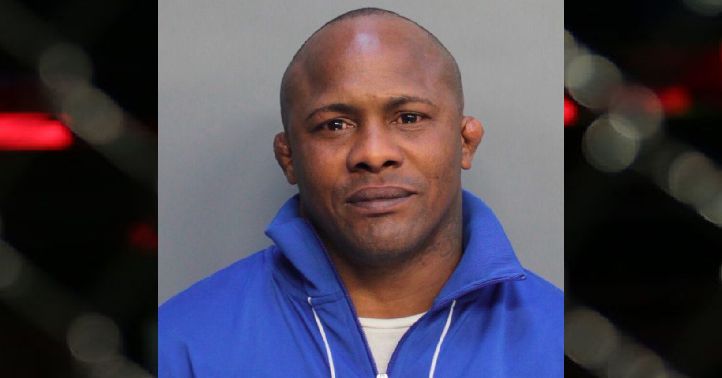 Vila Perdomo, who won a bronze medal while wrestling for Cuba at the 1996 Olympics before defecting to the U.S., was arrested in April 2018 and initially charged with second degree murder over the 2011 killing of Camilo Salazar. Investigators alleged that Vila Perdomo and Isaac kidnapped and killed Salazar on the orders of Manuel Marin, 64, co-founder of the Presidente supermarket chain.

Salazar’s body was found on a dirt road in the Florida Everglades on June 2nd, 2011. Salazar had been beaten, his throat was slit and his genitals had been set on fire. Marin is accused of ordering the death of Salazar because Salazar was having an affair with his wife.

Marin left Miami shortly after Salazar’s death. He was arrested in Spain earlier this year and extradited to the U.S. Marin’s son Yaddiel Marin, 32, was also arrested around this time on suspicion of helping his father evade capture.

During the trial of Vila Perdomo and Isaac former MMA fighter Ariel Gandulla, 42, who is also a Cuban defector, testified on behalf of the prosecution. Gandulla was initially charged with murder in absentia, since he had moved to Vancouver, British Columbia after Salazar’s murder.

Gandulla had attempted to secure permanent resident status in Canada. However, according to the Vancouver Sun, that seemed unlikely due to Gandulla’s criminal record which included allegations he belonged to the Latin Kings street gang and charges for cocaine possession and battery on a police officer. Gandulla left for Canada before he could face trial over the drug and battery charges.

Initially U.S. authorities were hesitant to extradite Gandulla over fears that, should they fail to convict him, they would be unable to deport him to Cuba (due to friction in US-Cuba relations).

The unusual circumstances surrounding Gandulla came to an end when a team of investigators from Florida met with him in Vancouver in September. As a result of that meeting Gandulla agreed to return to the U.S. to plead guilty to kidnapping and testify against Vila Perdomo, Isaac and Marin.

In court, Gandulla testified that he was duped into kidnapping Salazar off a Miami street (per Miami Herald). He identified Isaac as the primary kidnapper and said that Vila Perdomo played a key role in the affair. Vila Perdomo was training for a fight in Las Vegas at the time of the kidnapping, but Gandulla testified that he was in telephone contact with them throughout.

Gandulla was sentenced to 36 months in prison. Vila Perdomo and Isaac are scheduled to be sentenced in December. Marin’s trial is expected to take place next year.

Vila Perdomo met Marin through working at one of his supermarkets. He also provided wrestling training for Marin’s son.

In 2004, Vila Perdomo was charged with airport violence for driving a car into Fort Lauderdale-Hollywood International Airport. He served three years in prison and began his MMA career once he was released. In 2011 he entered Bellator MMA’s bantamweight tournament, defeating Joe Warren and Marcos Galvao before losing to Eduardo Dantas in the final. His last fight was in 2016 with Titan FC.