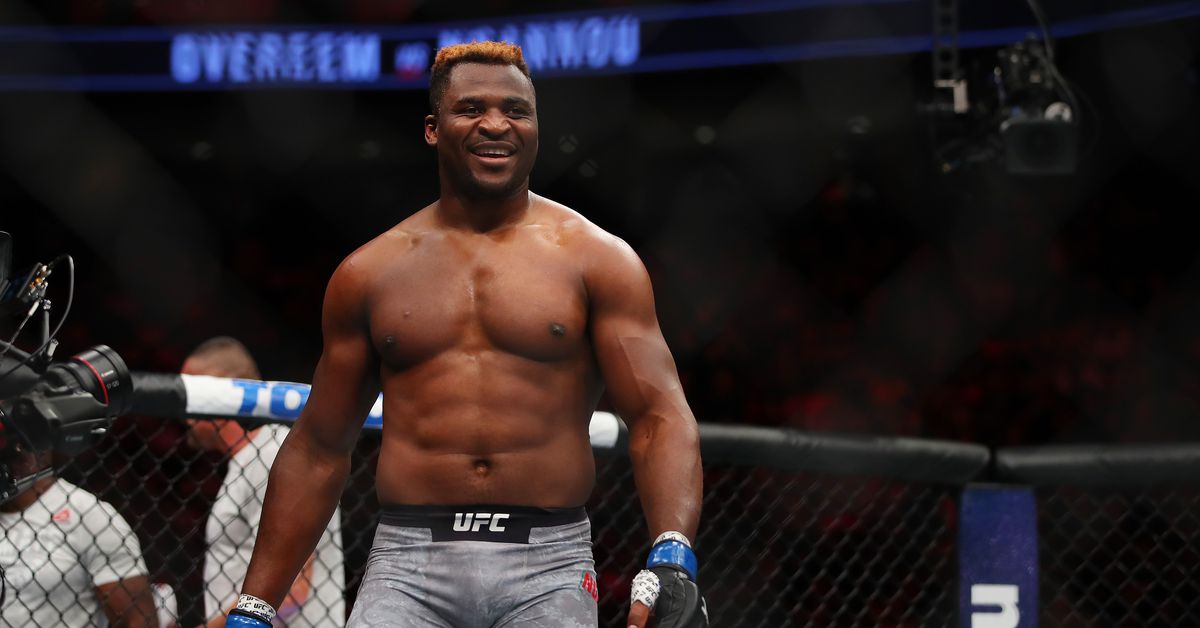 Former Ultimate Fighting Championship (UFC) heavyweight title contender, Francis Ngannou, wants to earn another crack at the 265-pound strap, but like everyone else in the division, will have to take a number while Stipe Miocic and Daniel Cormier complete their championship trilogy.

Ngannou can either wait on the sidelines or take another fight, and judging by his constant complaining on social media, I’d say he’s got bills to pay, which is probably why he just tried to sneak onto Conor McGregor’s upcoming fight card.

“Alexander Volkov, what’s your schedule for January 18th looks like?” Ngannou wrote on Twitter. “Let me offer you a free trip to the most entertaining city in the world (Las Vegas).”

“How about Paris in March?” Volkov responded. “Or you are too afraid to fall in front of your audience? In this case, it’s strange that I didn’t see you in Moscow.”

“Paris in March or tomorrow in a phone booth,” Ngannou insisted. “I will fight you anywhere. Just sign the damn contract this time. Call Dana White ASAP.”

Ngannou had the opportunity to fight Volkov in the UFC Moscow main event after Junior dos Santos (and his bum leg) were pulled from the line up; however, “The Predator” did not want to commit on such short notice and the open slot went to Greg Hardy.

“The Prince of War” was shut down by way of unanimous decision.

If and when Ngannou and Volkov get the chance to throw down remains to be seen, but judging by the UFC rankings (see them here), the promotion has very few options in terms of heavyweight matchmaking.