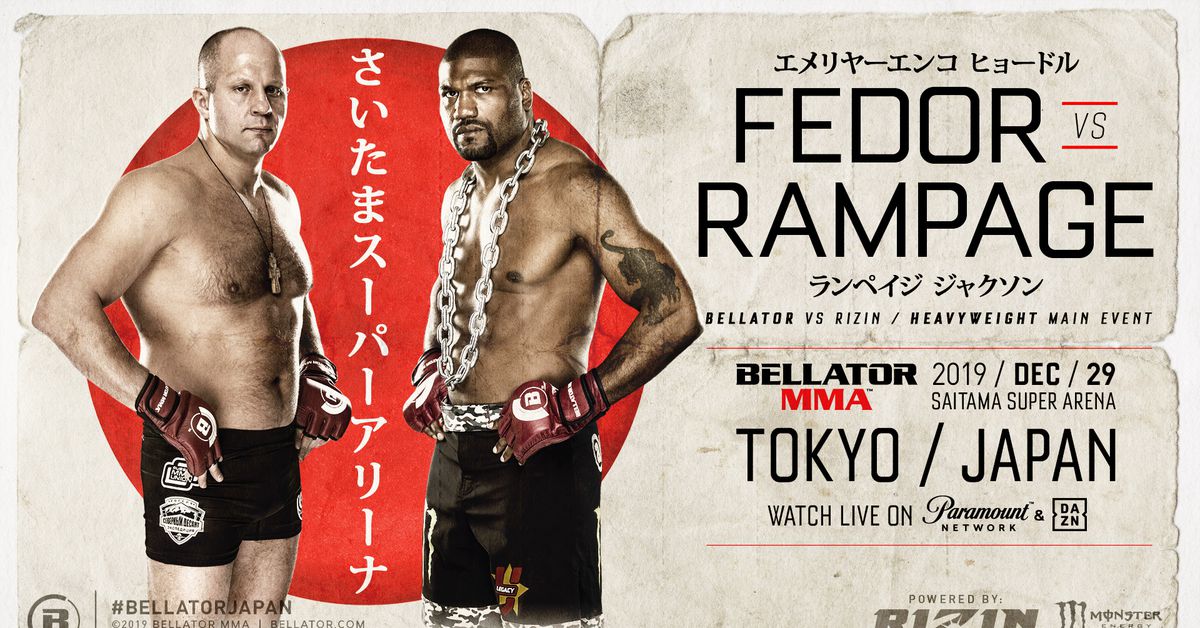 Two of the biggest names from the PRIDE Fighting Championship era will make their long-awaited returns to Saitama Super Arena on Dec. 29 when Fedor Emelianenko and Quinton Jackson headline Bellator: “Japan” on Paramount Network.

“For Bellator’s debut in Japan, we wanted to bring a massive event and fighters that the Japanese fans really connect with,” said Bellator President Scott Coker. “Given the vast history of martial arts and MMA in Japan, and especially at Saitama Super Arena, this will be a very special show that no one will want to miss.”

Emelianenko (38-6, 1 NC) signed with Bellator MMA back in early 2017, and has since racked up a 2-2 record. In true “Last Emperor” fashion, none of those four fights have made it to the judges’ scorecards. In addition to finishes over Chael Sonnen and Frank Mir, the former Strikeforce attraction registered knockout losses to Matt Mitrione and Ryan Bader.

As for Jackson (38-13), he hooked up with Bellator MMA in late 2013, mustering up a 5-2 record with a lone UFC win sandwiched in there to satisfy his contract requirements in 2015. “Rampage” recently snapped a two-fight losing streak by laying waste to longtime PRIDE nemesis, Wanderlei “The Axe Murderer” Silva.

“This will, unquestionably, be a monumental event for Bellator and I am looking forward to the moment that Fedor and ‘Rampage’ walk out to a crowd that has known them since their careers began,” Coker said. “I would also like to thank RIZIN for their help in making this event a possibility and we look forward to working together in the near future to showcase the best talent each organization has to offer.”

No other bouts have been announced for Bellator: “Japan” as of this writing, but with the event just over two months away, you can expect fight card additions to start trickling in over the next few weeks, if not sooner.