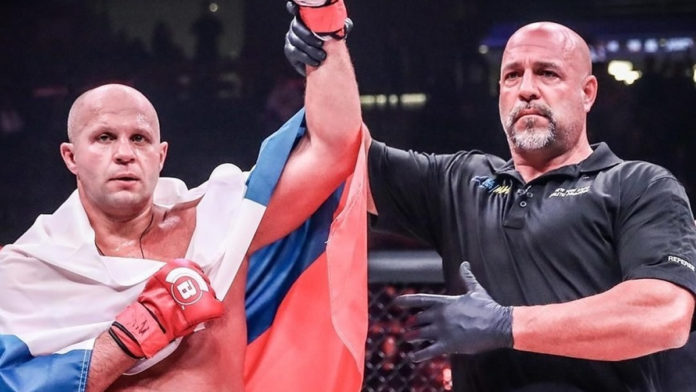 “For Bellator’s debut in Japan, we wanted to bring a massive event and fighters that the Japanese fans really connect with,” said Bellator President Scott Coker. “Given the vast history of martial arts and MMA in Japan, and especially at Saitama Super Arena, this will be a very special show that no one will want to miss. This will, unquestionably, be a monumental event for Bellator and I am looking forward to the moment that Fedor and ‘Rampage’ walk out to a crowd that has known them since their careers began. I would also like to thank RIZIN for their help in making this event a possibility and we look forward to working together in the near future to showcase the best talent each organization has to offer.”

Former PRIDE Heavyweight champion Fedor Emelianenko (38-6, 1 NC) lost his previous bout in January by knockout in the first round against Ryan Bader. Before that he scored a couple of first-round TKO victories against Chael Sonnen and Frank Mir.

Former UFC Light Heavyweight Champion Quinton Jackson (38-13) is coming off the second-round stoppage win scored last September against Wanderlei Silva. Before that he suffered a pair of defeats by unanimous decision against Sonnen and Muhamed Lawal. Prior to that he was riding the five-fight win streak.

The co-main event and additional matchups for Bellator Japan are expected to be announced in the coming weeks.

The next on the promotion’s event calendar is a return to Italy with Bellator 230 held this coming weekend in Milan. The three-part fight card features a series of MMA and kickboxing bouts with featherweight title contested on the night.