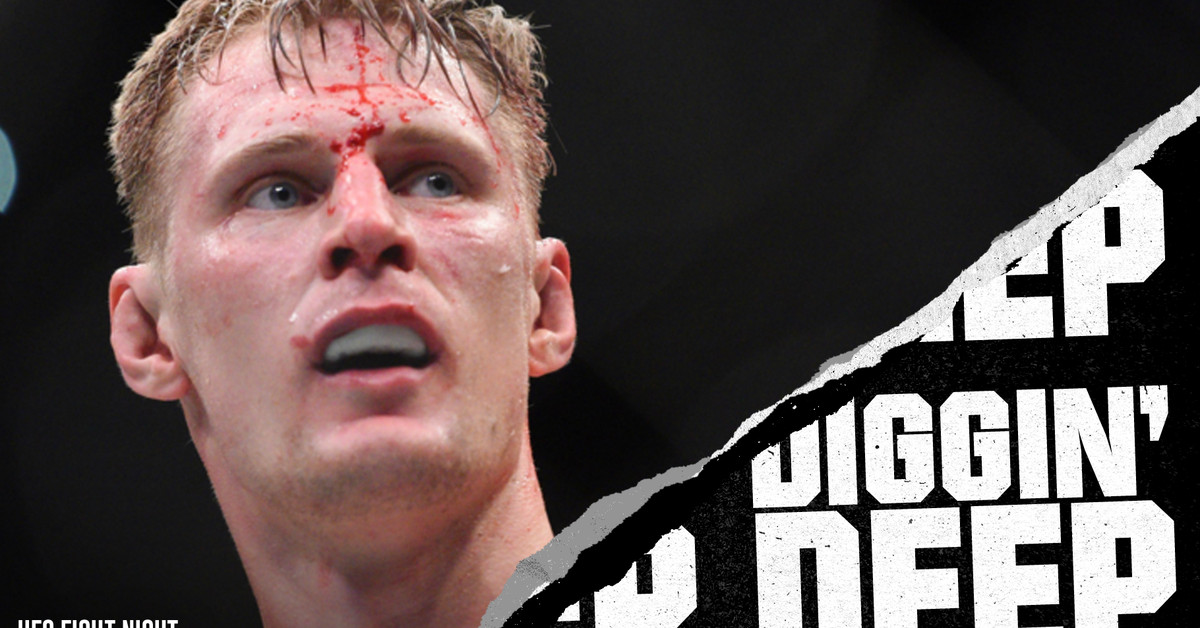 Even though Zabit Magomedsharipov and Calvin Kattar headline UFC Moscow in the main event, most of the MMA world’s eyes will focus on the co-main between Alexander Volkov and Greg Hardy. Well, the casual eyes of the MMA world at the very least.

As much as many viewers bemoan Hardy – and we all know why – they still tend to pay a lot of attention to him. Just last month, Inhalergate was talked about far more than Dominick Reyes’ impressive victory over Chris Weidman. Many people wish Hardy would go away, forgetting that offering hate is still offering attention. Regardless, the former NFL All-Pro gets a HUGE step up in competition against Volkov, leading many to believe he’s going to get what’s coming to him. Only time will tell.

I’ll acknowledge it feels like I’m writing about Hardy every other month, mainly because I am. The UFC is keen on allowing the raw product to gain as much experience as possible as that’s the key ingredient to helping any green fighter grow. However, the opponents Hardy has been facing have been anything but UFC caliber. Basically, he’s come as close to can crushing in the UFC as you can get. He’s flashed his physical talents in that time in addition to some progress as a fighter as well. But is he ready for Volkov? In a word, no.

Volkov was thisclose to a potential title shot, dominating Derrick Lewis for over 14 minutes before falling prey to one of the heavy hitter’s legendary comebacks. Up until that last minute, Volkov was showing a mastery of his length that hadn’t previously been on display. Given he clocks in at 6’7” with an 80” reach, that’s a hell of a lot of reach. By far, the biggest concern for the big man has been his takedown defense, no surprise as it can be incredibly difficult to get the leverage necessary at his height. However, he’s shown better submission defense than anyone knew he possessed, highlighted when he was able to survive being taken down on several occasions by Fabricio Werdum, possibly the most skilled grappler in heavyweight history. On the feet, Volkov isn’t noted for his power, but he possesses a deep gas tank and can pour the volume on in a hurry.

As unlikely as it is, Hardy has the physical tools to pull off the upset. He’s explosive, powerful, and appears to be getting more comfortable in the cage all the time. He took a measured approach in his last contest against Ben Sosoli, proving he can go 15 minutes without depleting his energy reserves. However, it should be noted Sosoli wasn’t capable of pushing Hardy the way Volkov will. Basically, Volkov won’t let him coast should Hardy somehow find a way to jump ahead on the scorecards. Hardy hasn’t shown the ability to challenge his opponents on the mat either, securing zero takedowns in the course of his five UFC contests. He’ll have to hope he can navigate Volkov’s long reach and test his chin since he isn’t going to outpoint him. Though it’s possible, it’s unlikely. Volkov via TKO of RD2

Many are assuming Martin is getting a sizeable step down in competition after falling to all-time great Demian Maia in his last contest, but Emeev is very much a wild card in the division, making this an overlooked contest.

Emeev’s UFC run has been met with very little fanfare, securing three decision wins over the course of two years. While those contests tend to be on the boring side, he has neutralized his opponents over the course of all nine rounds he has fought in the UFC with his wrestling and grappling. Overwhelmingly powerful at 170, Emeev has remained effective even when he’s been unable to complete takedowns, forcing the action against the fence. He’s also shown solid durability throughout his career and exceptional submission defense, making it difficult to put him away. Little that he does is pretty, but it’s all been very effective.

Martin has developed a reputation as one of the better submission artists at welterweight. Given Emeev’s grappling skills, he’ll earn those accolades if he can catch his Russian counterpart. Even though Martin moved up from lightweight, he’s very strong. In fact, his strength has been amplified as he’s no longer depleting himself and has the energy to go 15 minutes. Even more impressive is that he’s improved his counter boxing to the point he can win some fights without having to go the mat. However, the one thing that’s missing in his arsenal: takedowns. He’s relied on clipping opponents in the standup or initiating scrambles from the bottom to execute his submission offense. Until he can find a more consistent way to get the advantageous position on the mat, he’s going to be on the fringe of the rankings.

Martin is the recognizable name in this one, but the oddsmakers know what’s up. Emeev has the perfect type of skill set to neutralize Martin, much in the same way Maia was able to. Emeev may not be the grappling expert Maia is, but he’s stronger and a beast in the clinch. Keep in mind Emeev was able to shut down Sam Alvey, a man who now fights at 205. It won’t be pretty, but Emeev will score the biggest scalp of his UFC career to this point. Emeev via decision