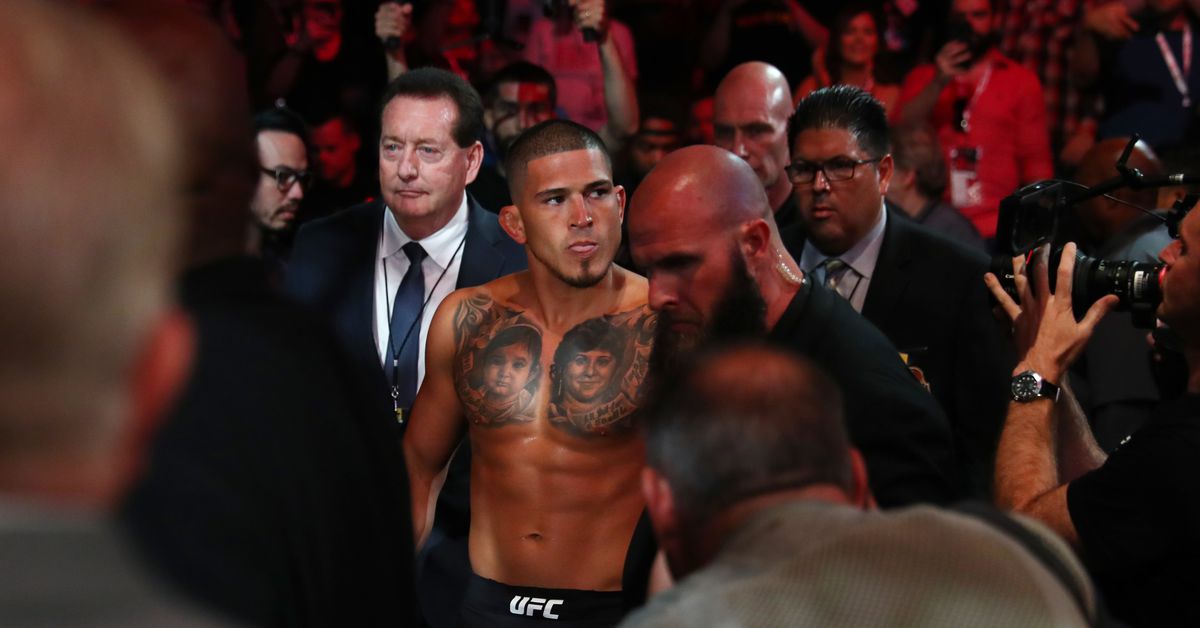 Fans feared the worst when Anthony Pettis was seen limping out of the cage after his gruelling decision loss to Nate Diaz at UFC 241 last Saturday and, lo and behold, it was confirmed by Pettis’ coaches that ‘Showtime’ had suffered a broken foot.

The good news, however, is that Pettis, 32, will not require surgery and could return to the Octagon as soon as December.

Speaking to MMA Fighting’s Alexander K. Lee in a recent interview, Pettis’ longtime coach and mentor, Duke Roufus, said he expects the former UFC and WEC lightweight champion to heal up by the end of the year.

“If healthy, maybe December, Las Vegas,” Roufus said. “Here’s the thing, did he get the win? No. But man, you love to watch this guy fight. There’s something about his skills and most of the guys I train, especially the guys I train full time and a long time, is I try to teach them to be a promoter. That’s why I had a 20-year fight career and until recently I was even offered some fights, and I’m an old guy. Because you know what? I knew what this fight game’s about, entertainment.

“Sometimes you don’t win, but you entertain. There’s a lot of people out there fighting careful, going out there sparring, playing the system, kind of what Nate Diaz talks about. That’s why I really relate to what Nate Diaz talks about, these ‘real fighters.’ Not putting anyone down, I’m just saying the brand of fighting that I instill in a lot of my guys, they’re doing well and having great careers and it’s exciting. … I think that’s what’s exciting about Anthony. You’re waiting, ‘will he pull it out?’ He doesn’t win every time, but man, he sure gives the fans some fights.”

Pettis had moments of success at UFC 241, appearing to rock Diaz on a couple of occasions, but the Roufusport product was ultimately overwhelmed and outclassed by the MMA veteran. Following the loss, Pettis plummeted from #7 to #12 in the official UFC welterweight rankings.