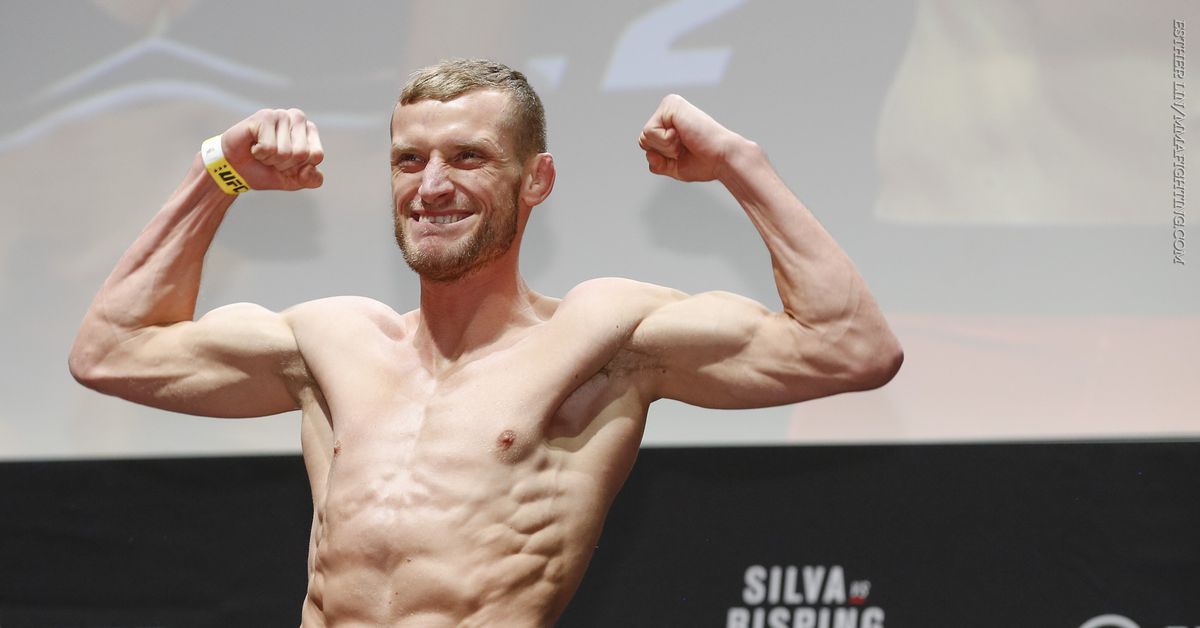 With a 1-3 octagon record going into UFC Moscow, England’s Davey Grant has been inspired by his former opponent Marlon Vera’s turnaround.

It’s been a year-and-a-half since fans have seen Grant in action, and the British bantamweight is itching for his octagon return in advance of a meeting with Grigorii Popov.

“I just want to fight and start putting good runs together,” Grant told MMA Fighting. “I want to get some consistency going, but at the same time, I know I’m lucky to be in this position. I’m just taking it as it comes. I think I had two-and-a-half years off before, and that was a f*cking nightmare. This wasn’t nearly as bad.”

Despite two losses in his most recent showings, Grant insists he doesn’t worry about things he can’t control.

“It’s not that it doesn’t effect me, (but) you can go through phases of it,” he said. “There’s definitely that, but [getting cut] can happen at any time, you’re always just one fight away from making your career or breaking your career.

“I don’t let it bother me, I focus on what I can control, and then go in there and try to put on the best performance that I can. That’s my job – I’m just going to enjoy it and leave it all out there.”

Grant did just that when he outpointed Vera three years ago at UFC Fight Night 84. Vera went on to win three straight and is now on a five-fight winning streak that suggests title contention.

Grant looks at Vera’s performances as an example of how to bounce back.

“He’s smashing it now, and good luck to him,” Grant said. “Anyone I’ve ever fought before, I always want to see them doing well. He’s done brilliantly for himself since our fight. I felt like I beat him pretty comfortably without being disrespectful at all. It just shows you what you can be capable of it you get your mindset right.”

Grant hopes a win over Popov will lead to big name opponent at the UFC’s annual London show next March.

“I just need to get some wins together so I can get on the ladder and face some of these well-known guys,” he said. “I know what I’m capable of, and I have 100 percent belief in myself.

“Obviously, I was gutted after the last fight. I felt brilliant going into it, no excuses, but I got caught. That’s the sh*t that happens. It’s the fight game it’s brutal at the best of times. I still feel like I’ve got loads more to do in the UFC.”