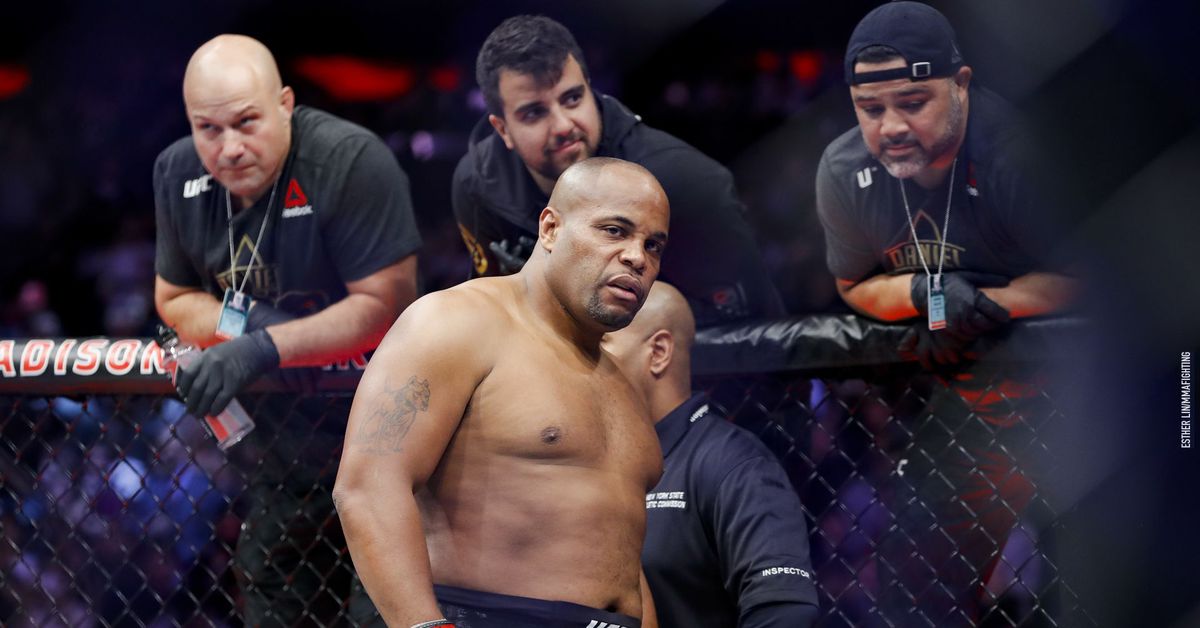 It’s hard to believe anybody wants to see Khabib Nurmagomedov and Tony Ferguson fight on schedule more than UFC president Dana White, but Daniel Cormier might be that guy.

The former two-division champion, who has worked with Nurmagamedov for the majority of his UFC career, has been looking forward to this colossal showdown for several years after the fight has been booked and then scrapped on four previous occasions.

Now with the coronavirus pandemic shutting down sporting events across the globe, it almost feels like Nurmagomedov and Ferguson are cursed to never meet. While many countries remain on lockdown right now — including the majority of the United States — White has said the promotion will move forward with UFC 249 on April 18 in a closed-door event at an unnamed location … and Cormier absolutely believes him.

“I do believe he’ll get UFC 249 done. I don’t doubt him. I don’t doubt Dana. When he usually sets his mind to something, he gets it accomplished. He talked about FOX and ESPN and all those things back in the day and people thought he was insane. But then on Saturday we got 12 hours straight of UFC on ESPN. That never was a thought for us back in the day when we were watching this thing as it was starting to grow. I think his will and his passion has really guided this sport to places we never thought we’d be.”

As much faith as Cormier puts in White to will UFC 249 into existence, he can’t back him with the same confidence when it comes to the rest of the schedule moving into the spring and summer.

White has said after UFC 249 happens, he’s moving full steam ahead with the rest of the promotion’s schedule, which includes a card in Lincoln, Neb. on April 25 and a show in Oklahoma City, Okla. on May 2.

Now it’s entirely possible both of those shows could happen under similar circumstances as UFC 249 — in a new location behind closed doors — but Cormier isn’t so sure the logistics will play out as easily as the effort put in to ensure Nurmagomedov faces Ferguson on April 18.

“I believe UFC 249 will happen and I rarely disagree with what Dana says — I don’t know how he’s going to continue the full fight schedule after that,” Cormier said. “A one off, I think is easier to pull off because it’s so massive.

“I don’t know how difficult it’s going to be to do UFC Oklahoma City and UFC San Diego and UFC Portland. I don’t know how that looks opposed to UFC 249, one of the biggest cards of the year.”

That said, Cormier is solely focused on UFC 249 for now as Nurmagomedov prepares to defend his title against Ferguson in arguably one of the most highly anticipated fights in mixed martial arts history.

It’s obvious Cormier and White want to see it but even their desire to witness this fight doesn’t quite match Nurmagomedov’s hunger to finally see Ferguson standing across the Octagon from him.

“I’ve known Khabib for years. I know how much this particular fight means to him,” Cormier said about the undefeated Russian. “He wants to fight Tony Ferguson. He wants to beat Tony Ferguson. I feel like he’s been preparing himself as well as he ever has in order to go accomplish that goal. Not only Khabib, but I’m sure Tony feels the same way.

“Dude has been waiting for years to get his hands on Khabib. What’s Tony won in a row now? 12 fights? It’s insane. The UFC put something up there the other day with Khabib’s last 12 opponents and Tony’s last 12 opponents. That’s absurd to have guys that high on the collision course to fight each other. Through all the fight rescheduling, all the postponements, nobody else has been able to beat or compete with these dudes. That tells you how ahead of everyone else that they are.”