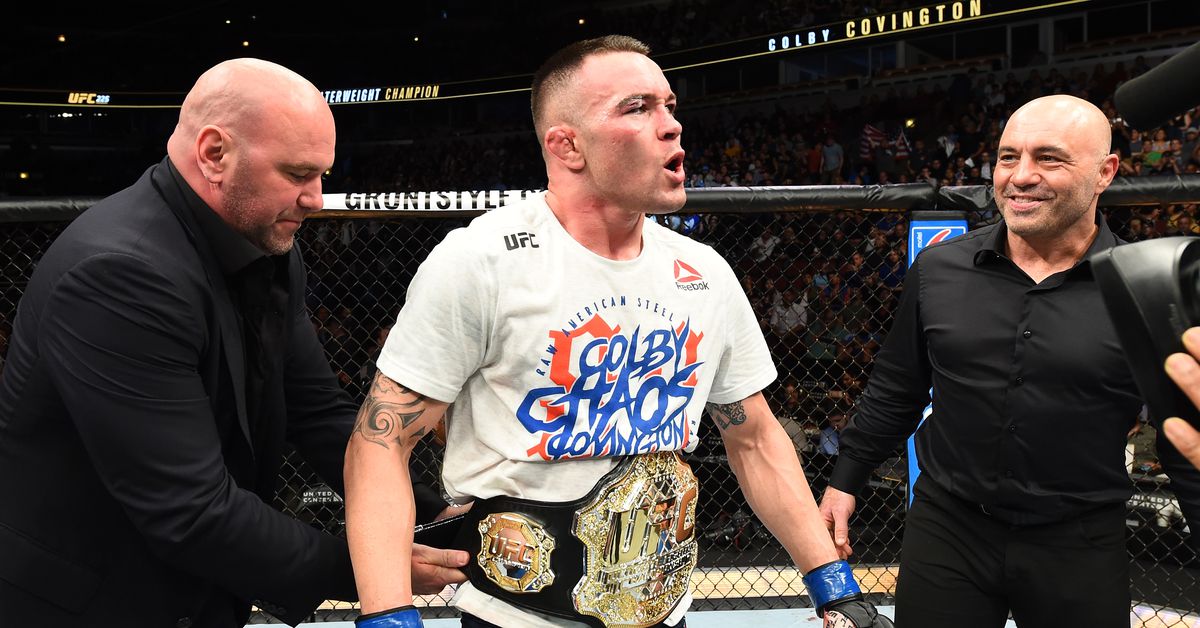 Other than perhaps Tito Ortiz, it’s hard to think of a UFC fighter who has made his career as much about feuding with Dana White as Colby Covington has. The American Top Team welterweight contender has been on rocky ground with the UFC president going back well into 2018—and the UFC’s decision to strip him of his interim title.

That move, accompanied by a seemingly especially difficult negotiation process – to bring a title fight with Kamaru Usman together – seems to have entirely soured any working relationship between Covington and White. And while they’ve traded a few barbs through the media, things notably came to a head when Covington tried to confront White in a Las Vegas Casino. For all that, however, ‘Chaos’ is still getting set to fight for the belt on December 14th in Las Vegas. But even with his title shot incoming, don’t expect any mended fences between the two men.

“It’s sad that he has that type of platform where people believe everything he says and they’re so gullible,” Covington said, speaking about Dana White in a recent interview with MMA Fighting. “They just believe what they read, they don’t believe what they see. He wants to blame me but what about ‘Marty Fakenewsman’?

Covington added that he hasn’t had any recent contact with White, outside a “Hey Dana, how you doing?” before a recent press conference—where Covington says he “could tell [Dana White] was a little afraid of me.”

“He’s always making up lies about me in the media, making these false and fake narratives. I’m not afraid to call a spade a spade,” Covington said. “Whether I’m brutally honest or not, people should recognized how real I am and people should now I always speak the truth when I talk in interviews.”

If Covington does defeat Usman at UFC 245, and take the welterweight belt in the process, fans can likely expect this war of words to only escalate with the additional bargaining power that being champion brings.

Also in flux on December 14th will be Max Holloway’s featherweight title, as the champion takes on 20-1 Aussie Alexander Volkanovski in the co-main event. A women’s bantamweight title bout between Amanda Nunes and Germaine de Randamie will help round out the main card. And while all three fights should make for a fantastic event, none of them seem to be bringing the heat of Covington’s ongoing feud with the UFC president.