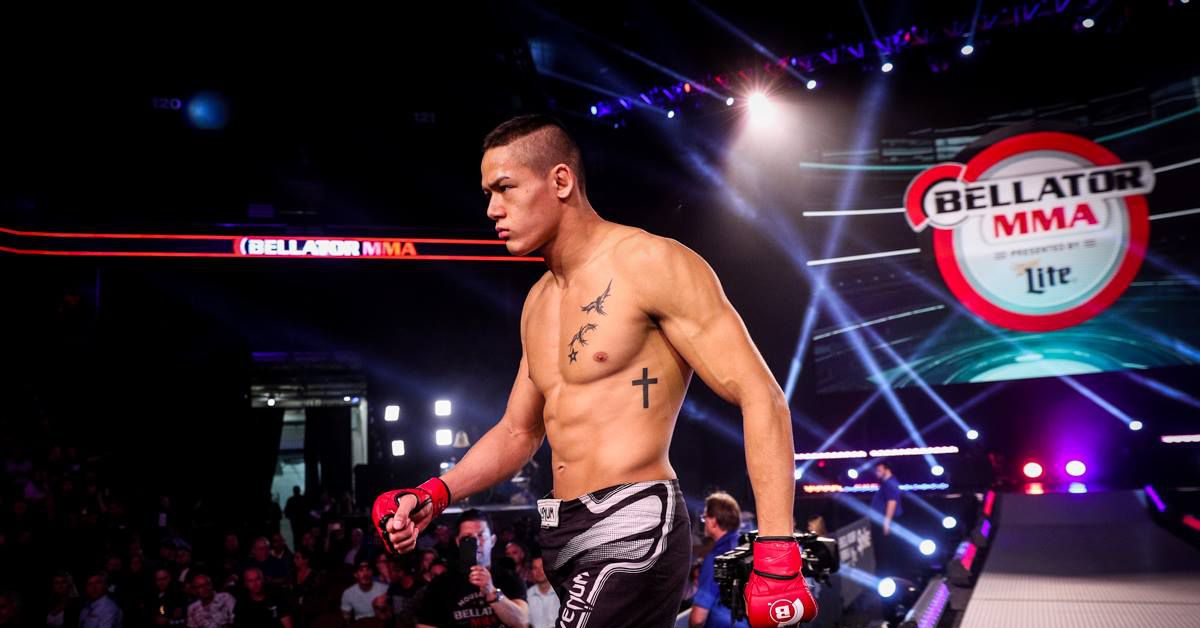 Costello van Steenis knows he will become Bellator champion one day, but it won’t be until after Gegard Mousasi’s pursuit of the title has finished.

The 27-year-old Dutch fighter, who has amassed a 12-1 record in his career along with a perfect 4-0 mark in Bellator, will headline his first event this Friday night when he faces John Salteer in Oklahoma at Bellator 233.

A showcase performance in a headline bout will often times result in title talk conversation for the winner but van Steenis isn’t in a rush to chase after middleweight champion Rafael Lovato Jr. just yet.

Instead, he defers to his mentor in Mousasi, who has been a teammate, training partner and friend for so long that van Steenis’ loyalty will always lie with him rather than trying to jump the line in his own pursuit of a championship.

“A win over John Salter will put me high in the rankings, even higher than I am now. But I don’t want to fight for the title yet,” van Steenis explained when speaking with MMA Fighting. “I will in the future but [Gegard] Mousasi will probably be fighting for the title. Hopefully he will very soon and when Mousasi gets the title, I’ll just be second place.

“I don’t care. I’ll just be fighting other people until Mousasi steps off the title. I’m still a young guy and Mousasi’s a little older than I am so I have no problem destroying other peoples’ dreams until I get the title.”

Acting as Mousasi’s hitman may sound like van Steenis is passing up his own dreams in order for his teammate to chase glory instead but that couldn’t be further from the truth.

Van Steenis may be steadily climbing up the Bellator ranks and a win over a veteran like Salter would put him that much closer to a title shot but he knows time is on his side, which is a luxury that Mousasi doesn’t have as he’s openly stated that he’s already started the countdown on his career.

“My day will come. I’m not in a rush,” van Steenis said. “I just turned 27 not that long ago. I’ve got a long road to go. Mousasi is a little bit older so he gets the first bite.”

What matters most to van Steenis is that he’s beginning to carve out his own niche in the middleweight division by winning fights impressively and now headlining his first event.

He’s always proud to see his name next to Mousasi’s but the long term goal is stand on his own, which is why he was so adamant about calling for a fight against a veteran like Salter.

“I asked for this fight. I asked Bellator to fight him. The reason I asked to fight John Salter is because he’s one of the big guys in this division. He’s one of the strongest guys in the middleweight division, and I believe I can beat him. I will beat him and by beating him I will prove to everyone that I am the real deal.”