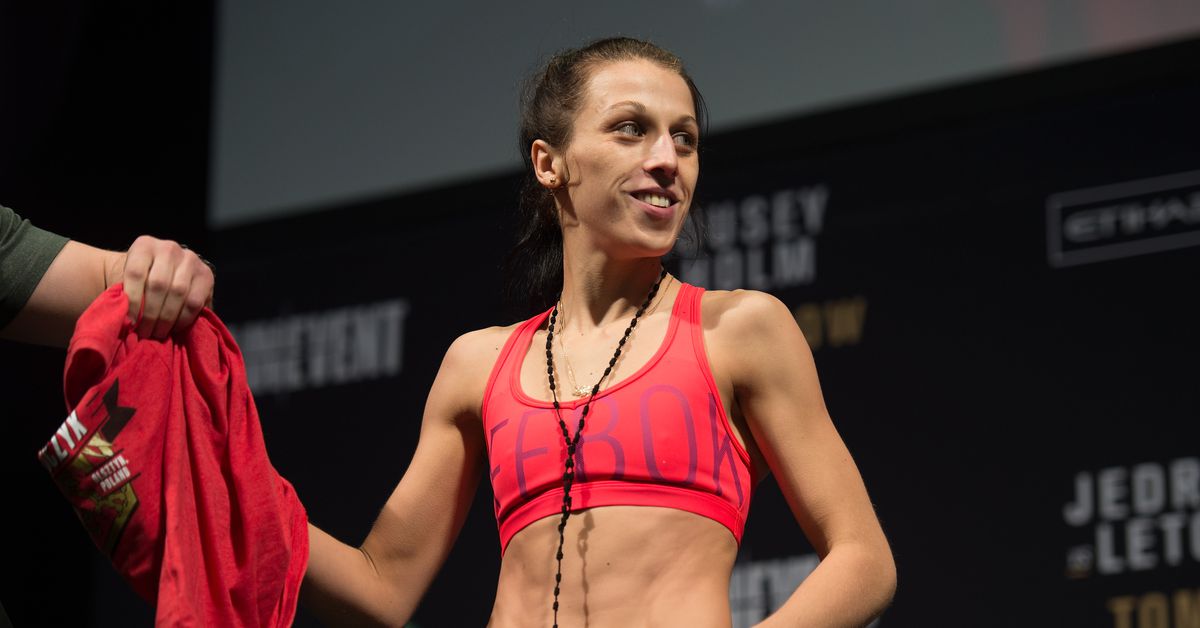 Former Ultimate Fighting Championship (UFC) strawweight champion, Joanna Jedrzejczyk, was unable to make the 115-pound weight limit for her Michelle Waterson headliner this weekend in Tampa, and as of this writing, the “Karate Hottie” has refused to meet her at catch weight.

As a result, the promotion is looking at several options for the ESPN+ main event, according to ESPN.

Matchmakers have offered to send Waterson to the UFC 244 pay-per-view (PPV) event next month in New York, where she would battle former title contender Jessica Andrade, but only if a late replacement can be found to fight Jedrzejczyk in Tampa.

Angela Hill is one of the names being bandied about.

Or, the co-main event between Cub Swanson and Kron Gracie could take over headlining duties and Jedrzejczyk vs. Waterson could be shipped to a future fight card, giving the former champion more time to make weight.

Jedrzejczyk has a history of ugly weight cuts and last competed at flyweight, where she fell to longtime nemesis, Valentina Shevchenko, by way of decision. Her days at strawweight appear to be numbered, based on this week’s turn of events.

And if you’re one of those fans who’s trashing Waterson for not taking the fight at catch weight, there are a few things to consider. “Karate Hottie” is a former atomweight and competes at 115 pounds because that’s the lowest division UFC has to offer.

In addition, fighters have a right to refuse an assignment that violates their fight contract and they shouldn’t get bullied into taking a different fight just because the promotion has tickets to sell. If you’re going to be upset, be upset at Jedrzejczyk, as making weight is part of the job.

For a closer look at the current UFC Tampa fight card click here.