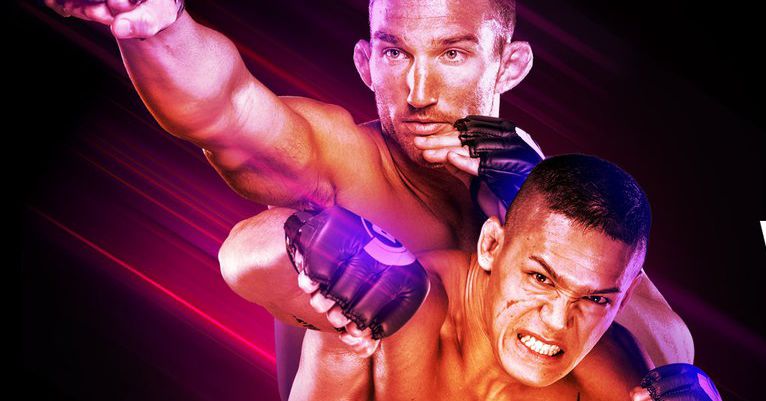 It’s time for another Friday night Viacom MMA show as Bellator 233 kicks off from the WinStar World Casino in Thacker, Oklahoma. The top of the billing will pit two stout grapplers against one another, when the 16-4 John Salter meets the 12-1 Costello van Steenis.

Salter is veteran of the Bellator cage, up for his eighth promotional bout. If there’s one thing Salter just simply does not do, it’s go to the judges’ scorecards. Out of 20 professional MMA matches, John has been seen a decision exactly zero times. That’s downright astonishing. The man comes to finish, and will also go out on his shield, as infrequent as that might be. Salter has quite the knack for the sub. Five of his six wins have come by tap, and even nap.

Standing across from the vet will be be a surging up and comer in Costello van Steenis. He’s 4-0 under the Bellator banner, stopping three of those victims by way of ground strikes. Like his opposition, van Steenis is also a strong grappler in his own right. He was able to takedown collegiate wrestler, Chris Honeycutt, and has pretty much owned his other Bellator foes on the ground. Salter will be a solid step up for van Steenis, and hopefully they grapple it out.

The co-main event for Bellator 233 will likely be the last professional MMA fight for “King Mo” Muhammed Lawal. The 30-fight veteran will be taking on the 14-6 promotional newcomer, Andrew Kapel. King Mo is one of the great minds in the game. He brought with him a stellar wrestling game that he modified to work for the sport of MMA. He captured the Strikeforce title back in 2010 by defeating fellow great Gegard Mousasi. He’s also put plenty of people to sleep.

In fact, Mo has more knockouts than anything else, and his thirst for the ground strikes has left him with a goose egg in the submission department. His opponent, Kapel, is a lethal finisher. He’s finished 13 of 14 wins, 10 of them by submission. Lawal has never been sub’d, so good luck with that proposition. With Kapel taking a major step up in competition, King Mo just might ride off into the sunset with a dub.

Before that, UFC veteran Leslie Smith returns to action to face former Bellator title challenger, Arlene Blencowe. Smith made good on her Bellator debut with a majority decision over tough out Sinead Kavanagh. Since dropping her championship bout to Julia Budd, Blencowe has now stopped two opponents. Now on a roll, can Blencowe pick up the biggest win of her career, or will the veteran start making her way into title contention?

Opening up the main card, Junior College national champ Tyrell Fortune puts his 7-0 undefeated MMA record on the line as he takes a step up in competition against the 15-5 Azunna Anyanwu. Fortune has been all aces thus far. Being hyper-athletic in the heavyweight division is life, and Tyrell is just that. His physical gifts coupled with his wrestling chops have aided him in manhandling his opposition. He’s also been developing a bomb of a right hand. The future looks bright for this prospect. Anyanwu, also known as “Zulu,” came up on the CFFC circuit. He made his way to Dana White’s Contender Series, before getting a lone UFC appearance. Zulu returned to CFFC for one fight, and is now tasked with testing the Fight IQ, or FighQ, of Fortune.