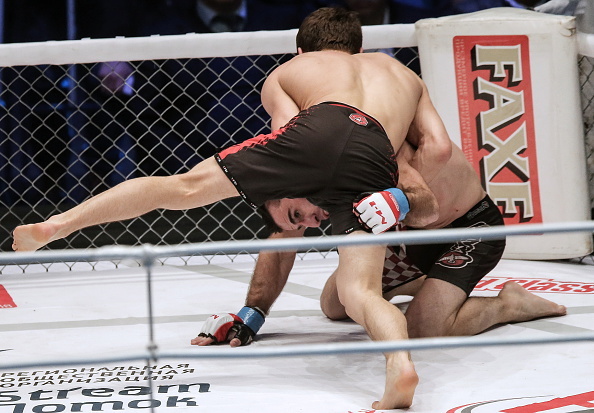 KSW 51: Croatia is set for this Saturday, November 09, 2019, in Croatia for the first time ever. Zagreb will be the host city for KSW’s first visit and the event can be seen worldwide on KSWtv. One of those major attractions to be seen is the inaugural KSW bantamweight title which will feature Damian Stasiak (11-6) as he takes on home-country favorite, Antun Racic (23-8-1.) Racic is arguably one of the best fighters Europe has to offer and the chance to hold KSW gold is in his grasps.

Road to the Gold

Prior to entering KSW in October 2017, Racic had already amassed a respectable record of (19-8-1) with about eight years of professional experience under his belt at that point. Of his victories with finishes, most have come via submission, showing his finishing instinct. As with many other of Europe’s top athletes, Racic comes out of UFD Gym in Germany. He trains alongside KSW welterweight champion Roberto Soldic and KSW 51’s main eventer, Erko Jun. “I learn a lot here. I feel like I grow up every day here at UFD Gym. It was time for me to switch teams and when I did I came to UFC Gym. Since then I am 4-0 in KSW and will be 5-0” Racic told MMA Sucka.

Racic’s first taste of the big stage came in his debut bout at KSW 40:Dublin when he took on Pawel Politylo. The bout was razor close, but Racic walked away with the split-decision victory. The two would meet again at KSW 49 in May 2019 with the exact same result of Racic edging out another split-decision win.

“Both of my fights with Pawel were crazy fights. He’s really strong and a good wrestler. He also has a lot of power and good conditioning. For me in both fights, it was hard but it helped me become the contender for the championship belt”, Racic stated. Between the two Pawel bouts, Racic handily defeated both Kamil Selwa and Sebastian Przybysz at KSW 43 and KSW 46 respectively.

Antun Racic faces an opponent who stands in his way of winning the first KSW bantamweight title in his home country. Former UFC veteran and popular Polish fighter, Damian Stasiak, will look to steal the dream of Racic in his own KSW debut. Racic is ready for the challenge and has his sights set on winning the title. “He is a tough, good opponent and a good matchup for me. I am ready for this and to become the first KSW bantamweight champion. After my first fight in KSW, I dreamed about this belt”, Racic told MMA Sucka.

Stay tuned right here at MMA Sucka for more live streams as well as videos highlighting the top fighters, commentators, coaches, promoters and other names in MMA and combat sports. We also bring you great offers on the latest MMA products and merchandise. You can also subscribe to our YouTube channel for regular updates and all the latest fight news. Feel free to check out our sister site, at TheFightBuzz.com for the latest from the world of MMA and other combat sports.