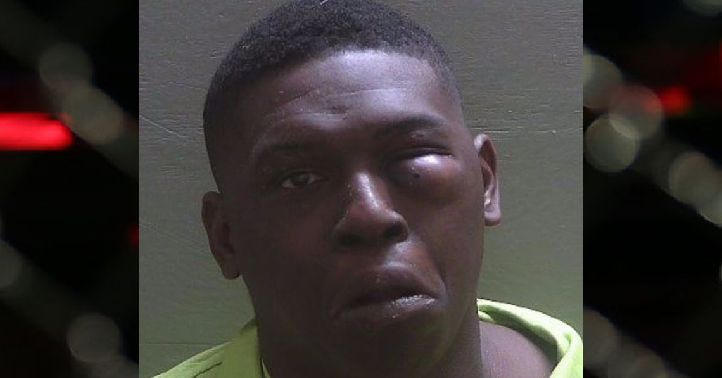 According to AL.com, Ibraheem Yazeed, 29, was apprehended by the U.S. Marshals Service late on Thursday night. Yazeed had been previously named as a person of interest in the kidnapping case of Aniah Blanchard, stepdaughter of UFC heavyweight Walt Harris.

Yazeed was reportedly caught off of the I-10 Pine Forest Road exit in Escambia County, FL. That area is outside of Pensacola and about six miles from the Florida-Alabama border. Blanchard, 19, has not been seen or heard from since October 23rd. On the 25th, her damaged vehicle was discovered in Montgomery, AL.

After he was captured Yazeed was charged with first-degree kidnapping over Blanchard’s disappearance. Yazeed is already facing charges for an unrelated kidnapping, robbery and attempted murder case in Montgomery that left a 77-year old man “near death”.

A warrant was issued for Yazeed’s arrest after he failed to appear in court over the previous charges. While awaiting trial he had been out of jail on a bond of $280,000.

In 2017, Yazeed was arrested on a warrant for aggravated battery on a law enforcement officer. In 2015 Yazeed received a 13-month suspended sentence for felony drug possession. In 2012 he was charged with attempted murder after allegedly ramming a police vehicle with his car. A grand jury declined to indict Yazeed on charges related to that incident.

Police in Auburn, AL say there is evidence that shows Yazeed was in the same location that Blanchard was last seen; a convenience store close to Southern Union College where Blanchard studied. Police believe he took Blanchard against her will, possibly during an attempted carjacking.

At a news briefing on Thursday Auburn Police Chief Paul Register said, “Obviously our focus is, and has been since the beginning, finding Aniah. It’s about giving them (family) some piece of mind.”

Since Blanchard’s abduction her stepfather Walt Harris, who has fought for the UFC since 2013, has been appealing for help on social media. Last week Harris withdrew from his upcoming bout with Alistair Overeem that was scheduled for UFC Washington in December.

During their news briefing Auburn police hinted that tips from the public played a role in obtaining an arrest warrant for Yazeed. At that briefing, Auburn police also stated there was a strong possibility that at least one other person was involved in Blanchard’s disappearance and that more arrests are expected.